Tottenham must capitalise on the positives of outstanding Champions League run

Tottenham's task to convert their exhilarating Champions League run into something similarly sustainable will be more difficult. 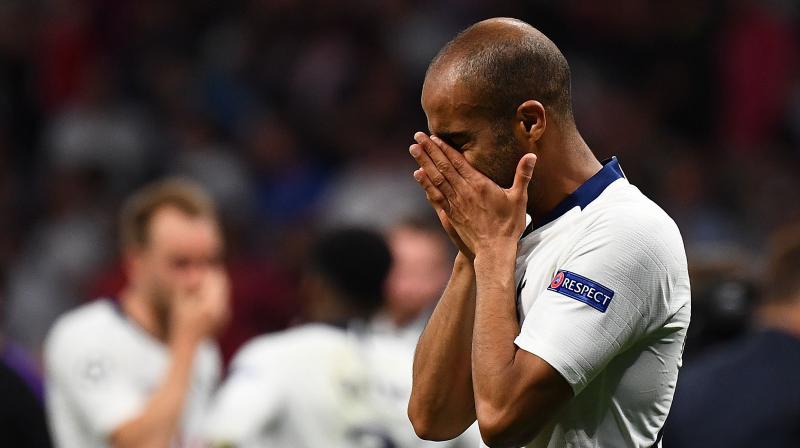 "Now is the time to stay calm, change the mood and for sure we are going to have time to talk," Pochettino said. (Photo: AFP)

Madrid: The silence at the final whistle lasted only a moment at that end of the stadium before Tottenham's fans stood up to applaud.

Their immediate reaction had been disappointment, that Spurs had not played anywhere near to their potential or punished a Liverpool team that had also been subdued and strangely out of sorts.

But as the white shirts at the Metropolitano dropped to the ground and the red ones rushed together in celebration, regret became recognition of the feat that had been achieved.

"It's so painful but at the same time we need to be calm in the way that we talk and analyse things," Pochettino said. "Because the season was fantastic and we need to feel proud."

When Pochettino said his players should aim higher than the domestic cups, insisting they should cherish only winning the Premier League or Champions League, many scoffed, believing him guilty even of arrogance. Spurs have not won a trophy of any kind since 2008.

In that sense, the wait goes on after Liverpool's 2-0 victory in Madrid but Pochettino's determination that Tottenham challenge for the game's biggest prizes has been vindicated.

His mission to harden the mentality has also taken a step closer to completion.

Only a year ago, Liverpool was mourning defeat too in a Champions League final, to Real Madrid, having finished beneath Spurs, and 25 points adrift of Manchester City, in the Premier League table.

Yet in the immediate aftermath of the club's sixth European Cup triumph on Saturday night, their players were still referring to that loss in Kiev, often unprompted, injecting it into the narrative to explain where this latest success began.

"Everything happens for a reason," said Mohamed Salah. "When last year we lost the final, I think we were meant to come back and win it this time."

Tottenham's task to convert their exhilarating Champions League run into something similarly sustainable will be more difficult.

Three days after Loris Karius tossed the ball onto Karim Benzema's right foot and let Gareth Bale's shot squirm through his fingers, Liverpool was already announcing the signing of Fabinho for 50 million euros.

They soon upgraded Karius to Alisson Becker for another 72.5 million euros, with Naby Keita and Xherdan Shaqiri taking the total spend to around 200 million euros for the summer.

"It can help us, of course," said Lucas Moura about Tottenham's run to the final. "Next season, we will be stronger, we will have more experience."

But even if Spurs chairman Daniel Levy breaks the drought of two transfer windows without a single signing, he still has a new stadium to pay off. The expenditure is likely to be considerably more modest than Liverpool last summer.

Yet Tottenham cannot afford to rest on their laurels either. Much of this team, the fruition of Pochettino's first phase, is in desperate need of renovation, in particular at full back and in central midfield.

Smart spending on talented youngsters would make a difference and so too would one or two elite players - like Alisson and Fabinho - ready to make an immediate impact.

But the questions to the players on Saturday night also centred on departures, with Christian Eriksen and Toby Alderweireld seemingly most likely to seek pastures new.

Either would be a loss but neither are irreplaceable. As Liverpool have shown from the sales of Philippe Coutinho and Raheem Sterling in recent years, a star player leaving does not have to leave the team worse off.

The key for Tottenham is surely Pochettino, not because he is irreplaceable either, but because players like Harry Kane, Hugo Lloris, Dele Alli and Son Heung-min all appear to have tied their futures to the mast of their coach.

Pochettino was typically tight-lipped after the game on Saturday, aware perhaps that his commitment is a valuable bargaining chip in the discussions with the club's hierarchy about what comes next.

"Now is the time to stay calm, change the mood and for sure we are going to have time to talk," Pochettino said.

But losing to Liverpool, still without a trophy and now with considerable momentum gained, surely makes Pochettino staying now more likely. If he commits, Tottenham must commit to him too.