The clash of the two titans of football added to the already fiery rivalry their teams shared. 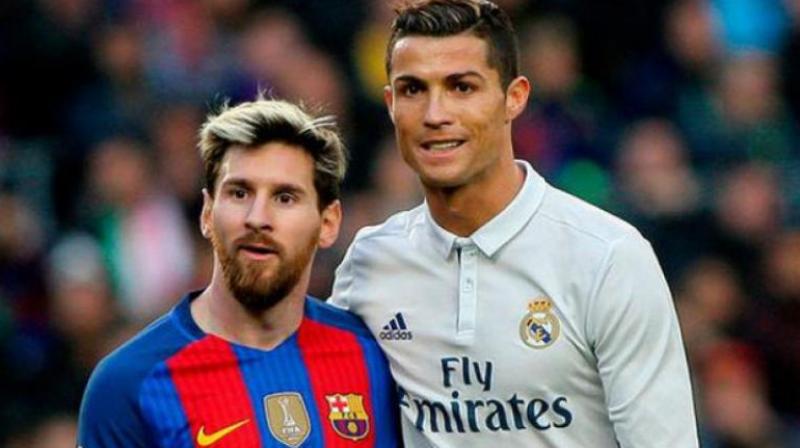 Messi and Ronaldo often faced each other in the league matches between Barcelona and Real Madrid (Photo: AFP)

Mumbai: One of football’s greatest names and current Barcelona Skipper, Lionel Messi admitted to missing Cristiano Ronaldo since his departure to Italian side Juventus in 2018, in an interview with Fox Sports. The Portuguese International played at the Santiago Bernabeu for a total of nine years from 2009 to 2018.

Messi and Ronaldo often faced each other in the league matches between Barcelona and Real Madrid. Being the top two names in football, matches between the teams, titled ‘El Clasicos’ became synonymous with a ‘Messi vs Ronaldo clash’ during Ronaldo’s run in Madrid.

The two players were rarely overshadowed by others in these matches, where they added considerable skill and flair to the games.

The near decade from 2009 to 2018 was considered to be one of modern day football’s greatest eras, and the clash of the two titans of football added to the already fiery rivalry their teams shared.

Pointing out that Ronaldo scored about 50 goals for the team per season, Messi had stated that Real Madrid would ‘feel’ Ronaldo’s exit. “Of course I miss Ronaldo, he made Real Madrid stronger,” said Messi, who also stated that the two players encouraged each other to play better.

While Messi added that they didn’t have much of a relationship to describe, they did often meet in matches and award ceremonies. “We often had good vibes and often talk too,” he added.