Kane not a factor in Tottenham's loss to Liverpool

Kane was back in the squad for the first time since April when he was injured in the first leg of the quarterfinals. 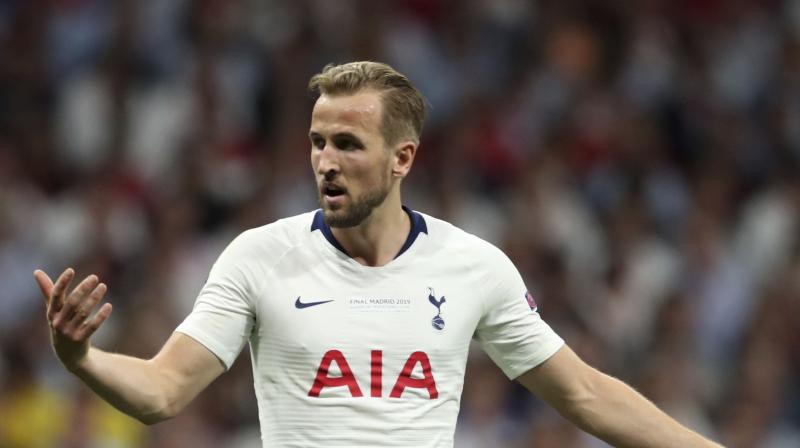 Madrid: Harry Kane's return didn't give Tottenham the spark it needed in the Champions League final.

Kane was back in the squad for the first time since April when he was injured in the first leg of the quarterfinals, but the striker was not a factor in the decider at Wanda Metropolitano Stadium.

Kane was not a threat, ending with only one attempt and unable to create a significant scoring opportunity for teammates.

As Tottenham struggled to control the game, the ball rarely got to Kane at the top of the attack, and when it did he was easily contained by the Liverpool defence.
He called for a penalty on him late in the game, with the team already losing 2-0, but the referee let play continue.

His only shot came in stoppage time, a left-footed strike that went straight to Liverpool goalkeeper Alisson Becker.

Kane was doubtful for the final because of an ankle injury in the 1-0 win over Manchester City in the first leg of the quarterfinals.

"It was a decision (I made)," Tottenham coach Mauricio Pochettino said. "After a month and a half, I think he finished the game fresh, (but) he didn't score."

Kane missed nine matches after getting injured, and Pochettino waited until the last minute before deciding whether to put him in the lineup on Saturday.

"I expected him to start," said Liverpool defender Virgil van Dijk, who was named the man of the match. "When he said he was fit, it put the manager in a difficult position not to put him in the team."

Kane declared himself available for the final last week, saying he felt good and was ready to go. Pochettino had remained cautious, though, not guaranteeing the striker in the lineup until on Saturday.

Kane's replacement had been Lucas Moura, who proved decisive for the team in its run to the final.

The Brazilian forward scored the hat trick that allowed Tottenham to come from behind and beat Ajax 3-2 in the second leg of the semifinals. He completed the hat trick with a stoppage-time goal that sealed the comeback and the team's first-ever final appearance.

Moura entered the final in the 66th minute, replacing Harry Winks, but also couldn't do much to help Tottenham overcome an early deficit after Mohamed Salah converted a second-minute penalty kick.