The FC Pune midfielder will face his old mates from the I-league when his side takes on Shillong Lajong FC in the opener on April 4. 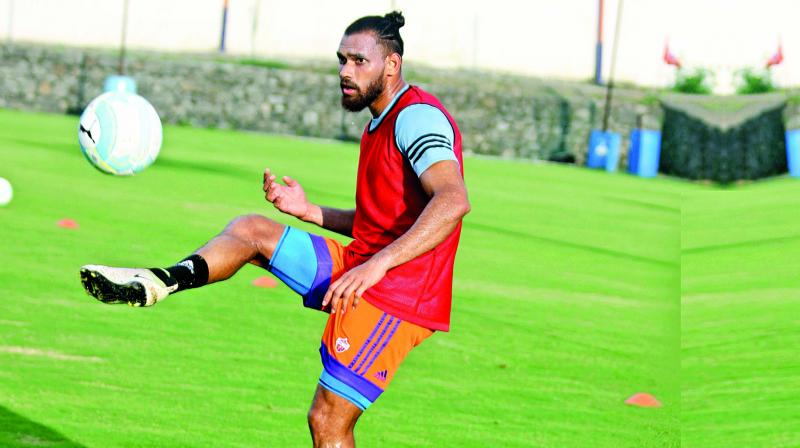 Aerial battles in the midfield, interceptions in the attacking half and scoring a goal when needed. FC Pune City defender turned midfielder, Adil Khan completed these tasks with much ease this season being the breakout player for his team. He relentlessly covered the pitch in almost every game which gave his side an upperhand to make it to the semi-final.

Adil will face his old mates from the I-league in the knockout cup tournament as Pune goes up against Shillong Lajong FC on April 4. For a player who runs to cover almost every area of the pitch, this break was not needed. He feels that this tournament could have been scheduled right after the league concluded to avoid the lethargy and the need to get back in the groove.

"The break was long for us. We could have played right after the league to avoid this gap in playtime. The team, of course, is training hard for the last two-three days but if the cup took place earlier, it might have been better for us," he says. “We did know when the cup would take place and when we got to know about it, we had to play it. This is our work and we love the game,” he adds.

However, unlike the other footballers, he is excited to be able to get on the pitch again. The cup can be a fine platform for someone like him to showcase his mettle for a national team call up. Something which he has been waiting for. “Sab log yehi sawaal puchhte rehte hain. I expected a national call up but it is not in my hands. Now I can only perform my way to the top,” as he says.

After an experience of football at the top flight level, a player dreams of trophies. Adil has featured for top I-league clubs of the likes of Churchill Brother and Mohun Bagan AC but his fortune did not shine to earn him a silverware. However, in this tournament, he eyes it as an opportunity to get a medal for his empty trophy cabinet. “Itne saal mein ek trophy nahi aayi hai bhai,” he says. “I am hopeful of getting it in this cup since the team has such a good balance and we were on top in most of the games in the league this season, including the semi-final against Bangalore. We troubled them a lot even if the scoreline (3-0) says something else.

“I know the I-league players will give us competition to impress the ISL staff but we will give more than our 100 per cent,” he says.

If Pune City beat the Shillong Lajong, they will advance to the next stage and further like all knockout cups work. Maybe if they put on a good show, Adil might have a chance to inaugurate his silverware cabinet.