Kane has said he feels ready to start in Madrid, despite not playing since damaging ankle ligaments against Manchester City 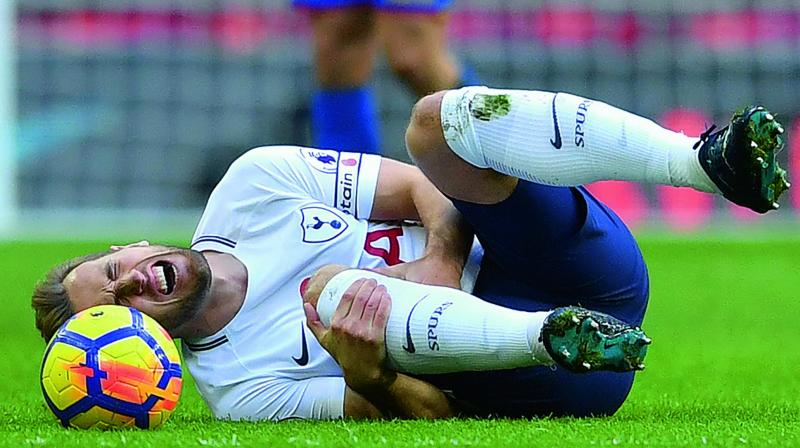 Madrid: Mauricio Pochettino will wait until the last minute to decide whether Tottenham Hotspur striker Harry Kane is fit enough to face Liverpool in the Champions League final on Saturday.

Kane has said he feels ready to start in Madrid, despite not playing since damaging ankle ligaments in the quarter-finals against Manchester City last month.

Asked in a press conference on Friday if Kane would play, Pochettino said: "I don't know. We have one training session left and then we are ready to decide."

If Pochettino picks Kane, it would deliver a significant boost to Spurs but they have survived without him after Lucas Moura scored an incredible second-leg hat-trick to knock out Ajax in the semis.

"It is not going to be easy to take a decision tomorrow," Pochettino said.

"We have all the information and we know every single detail. To try to win, you can only use 11 players, that is the most painful situation."

Pocxhettino had lobbied to include all his players in the official pre-match on-field photo.

"I proposed a few weeks ago that the whole squad do a picture together before the game and I think UEFA have listened.

"We talk about the value of the game - many things have happened in England, a lot of problems, and tomorrow we have one billion people watching and we can show the value of football.

"I think tomorrow is about showing togetherness and it is a great chance to show the value of a collective sport."

Tottenham have reached their first ever European Cup or Champions League final, while Liverpool is bidding to win the tournament for a sixth time after losing to Real Madrid in the final last year.

Spurs' run is the greater surprise after dramatic, late goals against Manchester City and Ajax put them within sight of the trophy, despite not signing a single player in the last two transfer windows.

"To be here, with everything falling for us, it means the praise comes a lot and the team feels strong at the end of the season," Pochettino said.

"The club couldn't sign players, it's true, we could not open the new stadium until a month ago and we had to play at Wembley, as well feeling the effects of the World Cup.

"All these things have given us strength, they have made us better, more creative. If you believe, and you have faith, and you work hard, you can have rewards."

Tottenham captain Hugo Lloris is bidding to win both the Champions League and World Cup within 10 months after he triumphed with France in Russia last summer.

"It is a privilege to be part of these two teams," Lloris said. "To win the World Cup with my country was a massive achievement but it couldn't be possible without the help of my teammates and it is the case again in this final.

"I think we have a good mix of experienced players and young players and they need to follow the leaders, first the manager and then the team's leaders.

"And then we just need to be ready because it is a fantastic game to play. It's going to be about small details. They can be decisive."