Arsenal have lost four of their past five league games to Everton, Palace, Wolverhampton and Leicester to slip down to fifth. 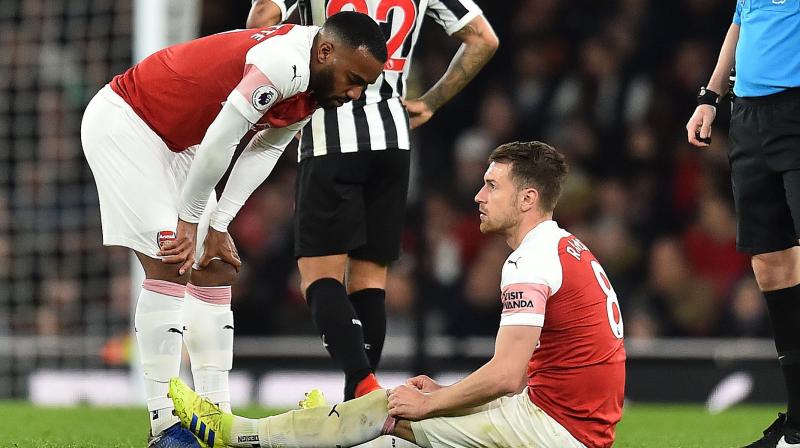 For 20 years under Arsene Wenger, Arsenal enjoyed the riches and the glamour of the Champions League and the impact of missing out has had serious implications on the budget Emery has had to work with. (Photo: AFP)

London: Unai Emery's first season in charge at Arsenal is in danger of imploding unless the Spaniard can again prove himself to be a Europa League specialist and cover up an alarming dip in the Gunners' Premier League form.

Arsenal have lost four of their past five league games to Everton, Crystal Palace, Wolverhampton Wanderers and Leicester City to slip down to fifth and relying on more favours from Chelsea or Tottenham to have any chance of a top-four finish.

However, winning the Europa League would also offer a much-needed return to the Champions League next season after a two-year absence.

For 20 years under Arsene Wenger, Arsenal enjoyed the riches and the glamour of the Champions League and the impact of missing out has had serious implications on the budget Emery has had to work with.

In January, he revealed the club could not afford to make any permanent signings.

Emery is a specialist in Europe's second-tier competition, winning it three times when at Sevilla, and he is also well acquainted with Arsenal's semi-final opponents, Valencia, who he managed between 2008 and 2012.

Emery also did a stellar job at the Mestalla, leading Valencia to three consecutive third-placed finishes behind dominant Barcelona and Real Madrid sides managed by Pep Guardiola and Jose Mourinho.

"Emery was inducted into the Valencia hall of fame as one of the managers to have spent most time at Valencia, qualifying the team for the Champions League and performing well in it," Valencia-based journalist Luis Cortes told AFP.

However, doubts remain over his ability to lead Arsenal's rebuild back to the heights they once enjoyed under Wenger.

The same defensive issues that haunted the Frenchman's final years in charge have been in evidence in recent weeks, conceding three times in three consecutive league defeats for the first time since 1967.

Emery has constantly changed personnel and formations, but is yet to find the right balance with one of his two star forwards Alexandre Lacazette and Pierre-Emerick Aubameyang often left out.

Yet, there have been notable successes. Top-four rivals Tottenham, Chelsea and Manchester United were all beaten at the Emirates this season and Emery's men won home and away to Napoli in the Europa League quarter-finals.

Arsenal go into the final two games of the league season just two points off the top four, compared to languishing 12 points behind in Wenger's final season.

"At the beginning of the season we knew it was going to be very difficult (to finish in the top four)," said Emery after the weekend's chastening 3-0 defeat at Leicester.

"We will continue, we will not look at the table, the Europa League is a big motivation for us."

Valencia find themselves in a similar situation to Arsenal in looking at the Europa League to save a disappointing domestic season.

A shock 1-0 home defeat to Eibar on Saturday leaves Los Che sixth in La Liga and three points outside the top four with three games left.

Former Arsenal defender Gabriel Paulista will return to the Emirates on Thursday and wants to mark Valencia's centenary year in style.

"I want to be in the history of Valencia," said the Brazilian.

"It is the year of the centenary and in 100 years' time I want people to remember that Gabriel Paulists won the Europa League with Valencia," he told the club's website.