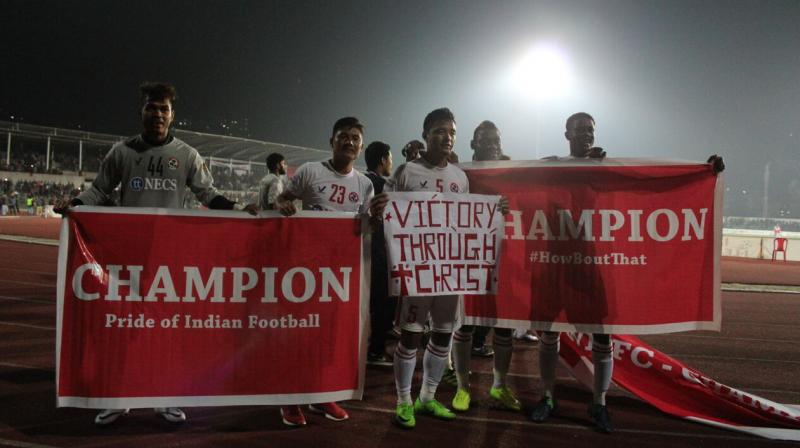 Aizawl had the odds stacked against them this season with Kolkata giants Mohun Bagan pushing them all the way. (Photo: I-League Media)

Shillong: Aizawl FC have clinched the I-League title to become the first club from the India's north-east region to win the country top flight after a Leicester City-like fairytale season.

Aizawl's championship win, which was sealed with a 1-1 draw against Shillong Lajong on Sunday, has drawn comparisons in India with Leicester's escape from relegation in 2014-15 to winning the English Premier League last year.

Coached by Khalid Jamil, the Kuwait-born former India player, Aizawl were given a lifeline to be reinstated into the top-flight competition this season by the All India Football Federation (AIFF) despite being relegated in 2015-16.

The Mizoram-based club's superb showing in the domestic Federation Cup where they twice beat last year's I-League champions Bengaluru FC was the main reason for their re-entry.

Aizawl had the odds stacked against them this season with Kolkata giants Mohun Bagan pushing them all the way but eventually coming up one point short despite a 2-1 win against Chennai FC in their last match.

"This victory will encourage the youth of the country and create a self-belief that on the football pitch you can pull it off with teamwork," Patel added.

However, Aizawl may still not find themselves defending their title next season with the AIFF planning to restructure their system with the India Super League (ISL) likely to become the top-tier competition.