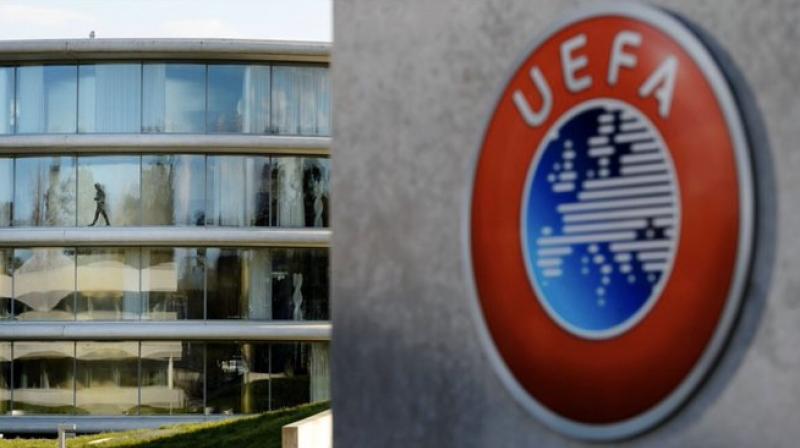 Paris: UEFA has made a move towards clearing the decks for the return of club football by announcing on Wednesday that all international matches that had been pushed back to June have now been postponed until further notice.

"All other UEFA competition matches, including the centralised international friendly matches, remain postponed until further notice."

The decision followed a videoconference with Europe's 55 member federations as part of discussions on how to adapt the fixture calendar in the face of the ongoing coronavirus crisis.

The play-off semi-finals and finals that are supposed to decide the last four qualifying berths for the next European Championship were initially postponed at the end of March and pencilled in provisionally for June.

That was "subject to a review of the situation" amid uncertainty over how the pandemic will develop and whether many European countries currently in lockdown will be able to return to some kind of normality.

However, UEFA has also stated a determination to finish all domestic and club competitions by June 30.

While that currently looks ambitious at the very least, clearing the international fixtures from the same month does buy some more time as they aim to complete the Champions League and Europa League competitions as well as domestic leagues.

Carrying the season on beyond that date runs the risk of clubs losing their out-of-contract players before matches have been completed, unless a solution can be found.

The impact of the pandemic on Europe has already forced UEFA to put Euro 2020 back 12 months.