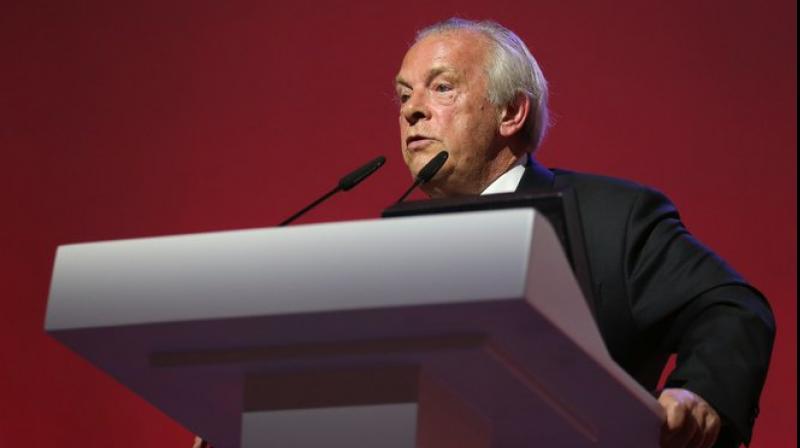 London: Professional Footballers' Association (PFA) chief executive Gordon Taylor says rules relating to the financial conduct of clubs must not be relaxed amid discussions over potential wage deferrals due to the coronavirus.

The PFA are talking with the Premier League and the Football League about the possibility of players deferring salaries in order to help their clubs manage the impact of the pandemic.

Championship clubs Leeds and Birmingham have gone ahead with deferrals.
But Taylor wants to avoid a situation where clubs defer payments to players on hardship grounds but then move into the transfer market.

"It's not a time to be relaxing regulations on financial propriety when we have already had problems with Football League clubs such as Bury," he said. "If a club is doing deferrals then the regulations state that they would be embargoed from signing any players.

"It's ridiculous to have clubs deferring their obligations to players and then making big-money transfer signings.

"Also the football creditor rule must remain in existence rather than have clubs build up debts, many of which would be to the players, and then write those off, and look to reform again. So there are lots of situations we need to be protected from in order to hold things together.

"We feel it's much better if we have a task force, and that we look at particular clubs in particular divisions through that means in order to justify things to the players."

Taylor said the idea of the Premier League season being played behind closed doors with players in World Cup-style camps to avoid infection, was "not a favoured option".