Vivian Richards falls sick during live show, gets carried off the field 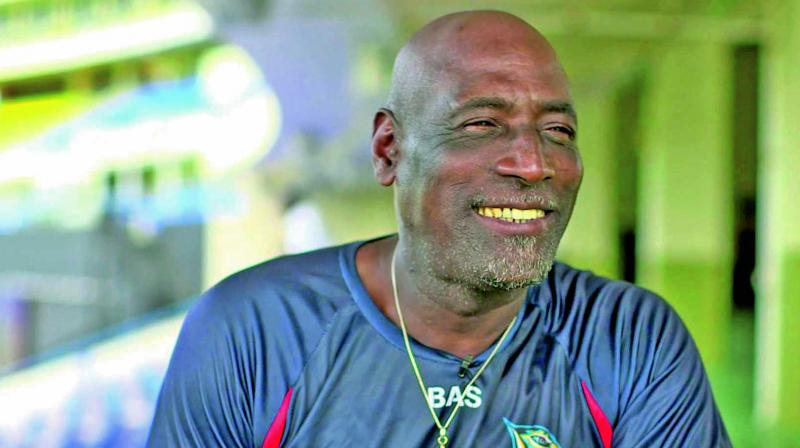 India had registered a comprehensive 318-run win over West Indies in the first Test of two-match series. (Photo: File)

Kingston: Former West Indies cricketer Vivian Richards fell sick during the pre-analysis show of the India-West Indies second Test match on Friday and had to be carried off the field from Sabina Park.

"There is some disturbing news from Kingston. Viv Richards, who was doing the pre-game show, fell sick while live on air. He's gotten up though, and is leaving the field, held on both sides," ESPN Cricinfo reported.

In the second Test, Windies had won the toss and they opted to bowl first.

India did not make any change to their team from the first Test whereas Windies made two changes to their side.

The team from the Caribbean brought in Rahkeem Cornwall and Jahmar Hamilton into the team in place of Miguel Cummins and Shai Hope.

This Test-match will be the second match for both the teams in the World Test Championship (WTC).

India had registered a comprehensive 318-run win over West Indies in the first Test of two-match series.

Kohli had gone past former captain Sourav Ganguly to achieve the feat. This was Kohli's 12th overseas Test victory. He broke the record in his 26th match as skipper on foreign soil.

Ganguly had 11 Test wins from 28 matches.

Kohli, 30, is now tied with MS Dhoni for having the most number of victories in Tests. Both Kohli and Dhoni have 27 wins in the longest format of the game.