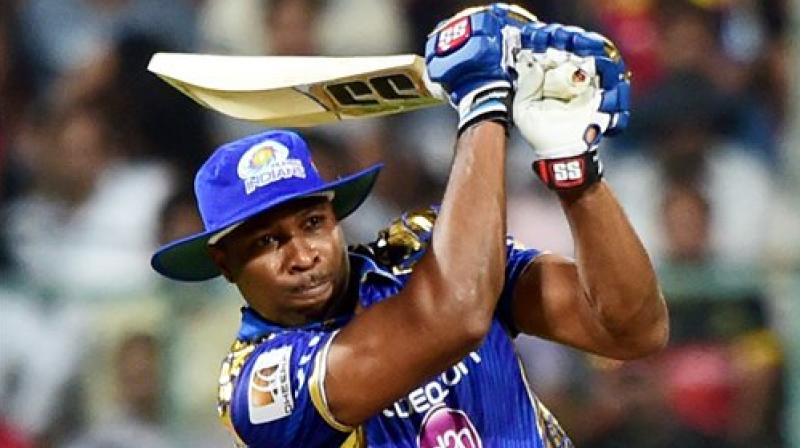 Kieron Pollard has named Pandya as the Indian cricketing superstar and has said that there is a lot more to come. (Photo: PTI)

Mumbai: West Indian all-rounder, Kieron Pollard, has said that Hardik Pandya’s brazen confidence is his biggest strength and it is the same quality that has propelled him into being Indian cricket’s superstar.

Speaking to IANS on his Mumbai Indians’ colleague, Pollard said, “I have seen him from when he started at Mumbai and I am not surprised. He has turned into an Indian superstar. The way he carries himself and the manner in which Hardik plays emulates how he is off the field and sometimes when you see guys like that, we as individuals who are very conservative tend to always have negative things to say.”

“But, you know, when you are a confident person off the field and you can take that on to the field and perform, I think that shows great mettle in the human itself,” he added,

Speaking on Pandya’s talk-show controversy, Pollard said, “He has gone through a lot in his little time, but he can only get better from here. He puts in a lot of hard work. I am not overly surprised at what he is doing at this point in time.”

Ever since then Pandya has made quite an impactful comeback by performing in the 2019 edition of the Indian Premier League for the Mumbai Indians and leading them to a record fourth cup win. He also performed admirably in the 2019 ICC World Cup for India.