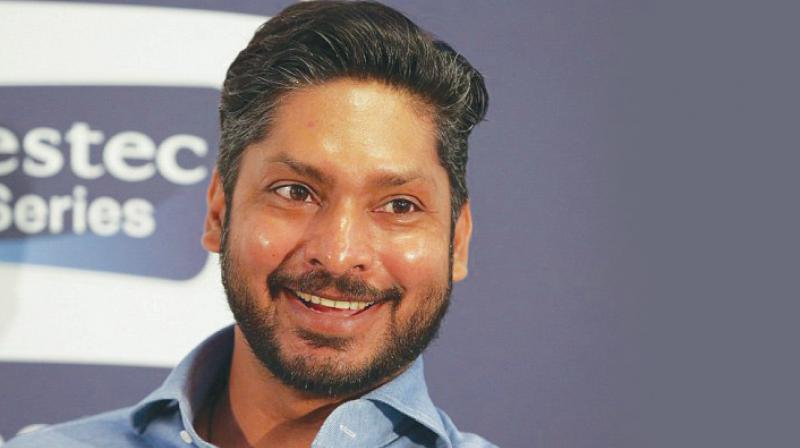 London: Former Sri Lanka skipper Kumar Sangakkara on Tuesday said defending champions India are capable of retaining the Champions Trophy title as they were a better balanced unit with “real firepower in their fast bowling”.

“This year we have four Asian teams in the tournament and clearly India are current the pack-leaders in the region. They won in 2013 and they have a team capable of winning this year too,” Sangakkara wrote in his column in ICC website.

“In fact, the team are arguably stronger, better balanced with real firepower in their fast bowling. Their spinners R. Ashwin and Ravindra Jadeja are exceptional in ODI cricket and I am sure Virat Kohli is going to be desperate to bounce back after a disappointing IPL,” he added.

The wicketkeeper-batsman, however, felt that India’s selection was a “little conservative”.

“The only slight concern I have for India is that their selection was perhaps a little conservative, but it is still very strong,” he said.

The 39-year-old picked India as one of his favourite teams to make the semifinals of the upcoming tournament, starting on June 1.

“I think picking finalists is too tough, but my favourites for the semi-finals would be Australia, England, India and South Africa,” Sangakkara, who won the Champions Trophy 2002 and World Twenty20 2014 with Sri Lanka, said.

Sangakkara, who quit international cricket two years ago having scored a total of 28,016 international runs across all formats, said the competition was going to be very tough with 4 -5 teams having the potential of making it to the final.

“There was a time, not so long ago, when one or two countries dominated the format, but in the past few years we have seen several teams develop tremendously and now we have four to five teams who are very evenly matched, all with realistic ambitions of winning major tournaments.”

Heaping praise on the hosts, Sangakkara said that English team has been a real revelation.

“England ODI team’s progress in the past two years has been a revelation. They used to trail behind other teams in terms of its strategy and approach, but now it is one of the most progressive teams. England are playing an aggressive and exciting brand of cricket and they have some world-class players driving that,” Sangakkara said.