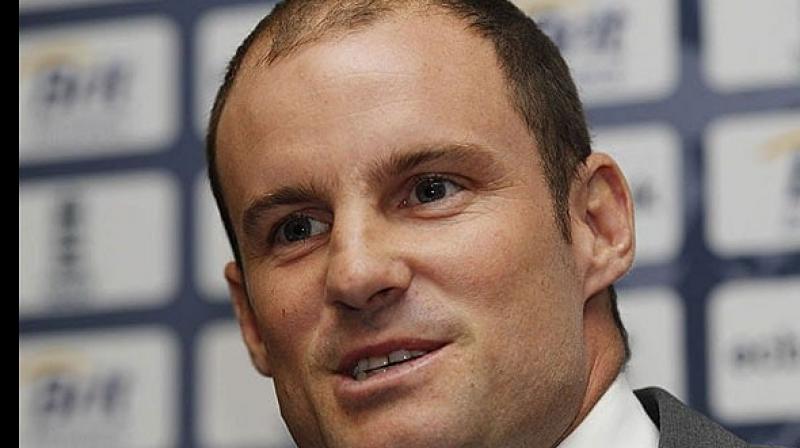 Andrew Strauss is convinced the IPL experience has given the England players added impetus to continue their white-ball resurgence and claim a first global 50-overs title on home soil.(Photo: AFP)

London: England director of cricket Andrew Strauss believes the vital experience gained from sending the country's players to the Indian Premier League (IPL) far outweighs the risk of them picking up injuries during the Twenty20 tournament.

All-rounder Ben Stokes returned from his impressive maiden IPL stint to help England take an unassailable 2-0 lead in a one-day international series against South Africa but a knee issue led him to skip the final match, which the tourists won.

Fellow IPL debutant Chris Woakes, nursing a quad niggle, played only one match against South Africa, even though there was no confirmation that they had sustained their injuries in India.

"That is the slight risk you take when you make people available for a chunk of cricket that is outside the international schedule," Strauss told reporters.

"Injuries are part and parcel of life, but on one hand you weigh up the potential risk and on the other you ask what they can potentially gain from that experience. That's what forms the decision," the former captain added.

The injuries were not of "massive concern" and the duo sat out the final South Africa one-dayer as a "precautionary" measure ahead of the Champions Trophy beginning on Thursday, he added.

Strauss is convinced the IPL experience has given the England players added impetus to continue their white-ball resurgence and claim a first global 50-overs title on home soil.

"We've seen that already with the maturity that Ben is playing with the bat. And it looked like he's improved his bowling at the death tremendously too," he said of the all-rounder, who lived up to his $2.17 million price tag for Rising Pune Supergiant.

"They come back from that experience knowing they're as good as anyone out there. The deep-rooted belief they get from that is massively important," Strauss added.

While he was all for England players enriching themselves with the 20-overs experience in India, Strauss remains reluctant to allow players to skip test matches for the IPL.

"When you get to the stage where you're missing test matches to play in IPL that sends out a very strong message about where your priorities are and I would be uncomfortable with that, " he said.