ECB bans players from wearing smartwatches on the field 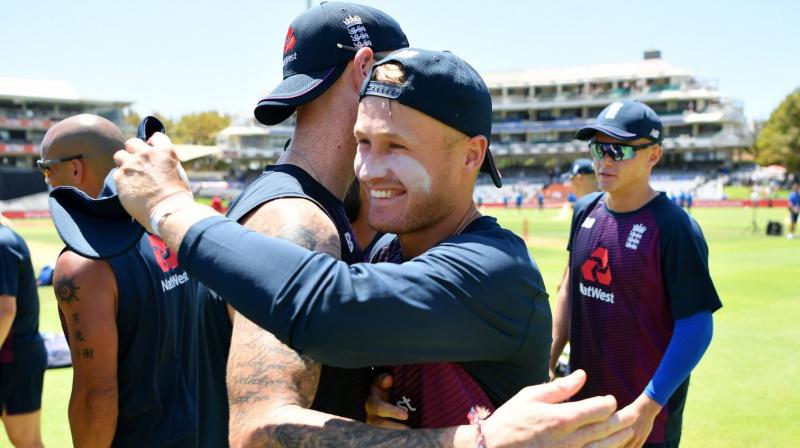 Matt Parkinson (R) had brought to light the opportunity for information exchange on smartwatches.

New Delhi: The England Cricket Board (ECB) has banned cricketers from wearing smartwatches on the field of play in all upcoming fixtures, tightening its anti-corruption regulations in the wake of live streaming in county cricket.

The governing body had earlier allowed players to wear smartwatches on the field, provided that communication or data transmission facilities would be switched off in televised games.

"But with the vast majority of fixtures now available to watch live worldwide thanks to the growth of live-streaming services in the county game, the regulations have been tightened, meaning that smartwatches are completely banned in televised games and are permitted in the players' and match officials' areas (dressing rooms, balconies, dugouts) only in non-televised games," a report in ESPNcricinfo said.

Lancashire spinner Matt Parkinson had brought to light the opportunity for information exchange when he had revealed that he came to know about his maiden England call-up via a notification on his team-mate Steven Croft's smartwatch during the 2019 County Championship.

ECB's anti-corruption codes are much stricter for televised games but with the rise of live streaming of matches, the governing body decided to tighten its regulations.

ECB hoped the decision will ensure that the integrity of players is not questioned.

"We review the anti-corruption codes and PMOA minimum standards on a yearly basis so that they remain relevant to the current threats and risks to cricket," an ECB spokesperson said.

In international cricket, smartwatches have been banned for many years. In 2018, Asad Shafiq and Hasan Ali were told by anti-corruption officials to stop wearing them during a Test at Lord's.