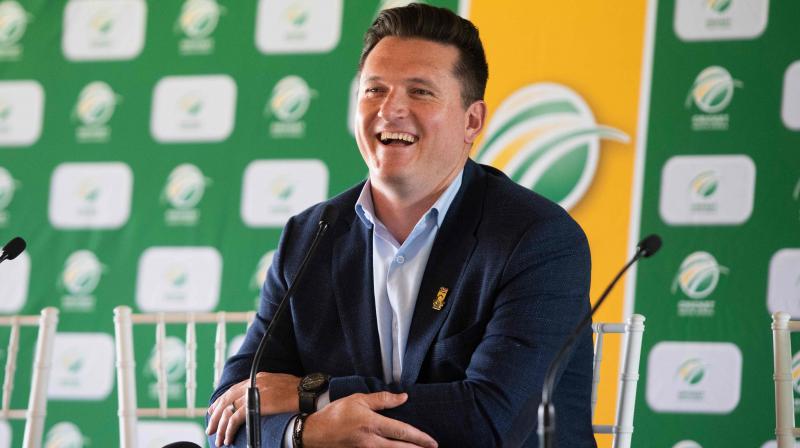 With South Africa in official lockdown until April 16 because of Covid19, Smith said in a video media conference that the players needed to take responsibility for maintaining their fitness while at home but would also need to work on cricket skills as a group before touring.

"We have to review the situation every week," he said, "but we estimate we would need around six weeks before any tour." South Africa are due to tour Sri Lanka in early June for three one-day internationals and three Twenty20 internationals.

Smith's timetable would appear to make the tour unlikely to happen. It would mean a lifting of travel bans as well as the current lockdown ending as scheduled for the tour to take place.

South Africa's next engagement is a Test and T20 tour of the West Indies, scheduled to start on July 15, which would require a return to normal activity in South Africa by the end of May.

Former Test captain Smith seems set to be appointed to a permanent role.

"We are in final negotiations and hope to make an announcement next week," said acting chief executive Jacques Faul.

Faul said it was impossible to estimate when normal cricket activities would resume but said CSA had budgeted for and had the capacity to pay nationally-contracted and franchise players through the 2020/21 season.

"The players will lose out on match fees and win bonuses if there is no cricket," said Faul.

He said a third edition of the Mzansi Super League T20 competition was planned for November and December. The first two tournaments involved several international players.