Dhawan vented out his ire on social media after reaching South Africa without his family. 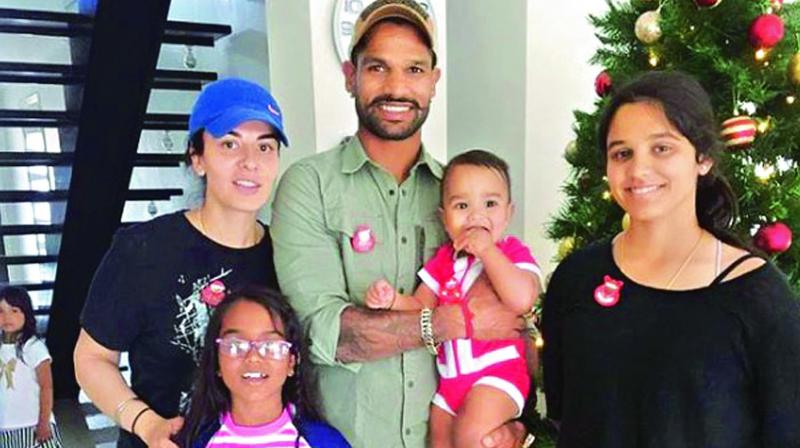 A file photo of Shikhar Dhawan with family.

New Delhi: Shikhar Dhawan had to go through an ordeal when his wife and kids were stopped at the Dubai airport from boarding a connecting flight to Cape Town, which hosts India's opening Test against South Africa on January 5.

Apparently, Dhawan’s family was asked to show birth certificates and some other documents as identification proofs, which they weren’t carrying. Dhawan vented out his ire on social media after reaching South Africa without his family.

“Absolutely unprofessional from Emirates. I was on my way 2 SA with my family & was told that my wife and kids can’t board the flight from Dubai to SA. I was asked to produce birth certificates & other documents for my kids at the airport which we obviously didn’t have at that moment,” he wrote on his Twitter handle.

“They are now at Dubai airport waiting for the documents to arrive. Why didn’t @emirates notify about such a situation when we were boarding the plane from Mumbai? One of the emirates’ employee was being rude for no reason at all,” the Indian opener said in another tweet.