Chris Morris back for South Africa 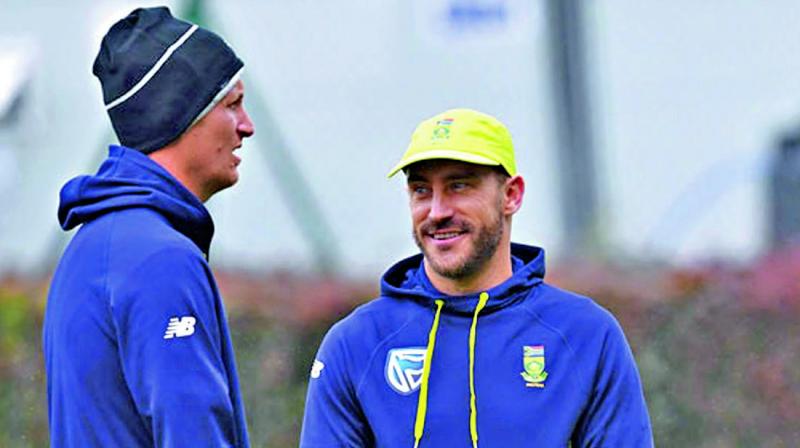 Du Plessis and Steyn could not be part of the four-day Test against Zimbabwe due to illness. AB de Villiers, who played his first Test in almost two years, had led South Africa to a comfortable win against Zimbabwe in du Plessis’ absence.

Fast bowling all-rounder Chris Morris too has been added to the 15-man squad, joining the likes of Steyn, Morne Morkel, Kagiso Rabada, Vernon Philander and Andile Phehlukwayo in a formidable pace attack.

Morris has not played for South Africa since July when he suffered a back injury during the tour of England. There is stiff competition in the pace department and it remains to be seen who will be picked in the XI alongside probable starters Rabada and Philander.

Steyn, who is returning to action after a shoulder surgery that kept him out of the team for more than a year, has a good chance to play.

Morkel has increased the selectors’ headache by taking a five-wicket haul against in his comeback game against Zimbabwe.

Quinton de Kock, who pulled a hamstring while batting on day one of the one-off Test, has been named as the sole wicketkeeper in the squad. De Villiers had kept wickets in his absence.

The lone specialist spinner in the squad is left-armer Keshav Maharaj, who took a fifer in the second innings against Zimbabwe.

Theunis de Bruyn, picked as a reserve batsman against Zimbabwe, retained his spot for the series-opener. De Villiers’ welcome return to the five-day format has bolstered the batting. He had a decent outing against Zimbabwe, scoring a 65-ball 53. India, who have never won a Test series in South Africa, arrived here on Thursday night after a long flight from Mumbai.

The remaining two games of the three-match Test series will be played in Centurion (January 13 to 17) and Johannesburg (January 24 to 28).