In-competition tests refer to doping tests performed in connection with a competition event. 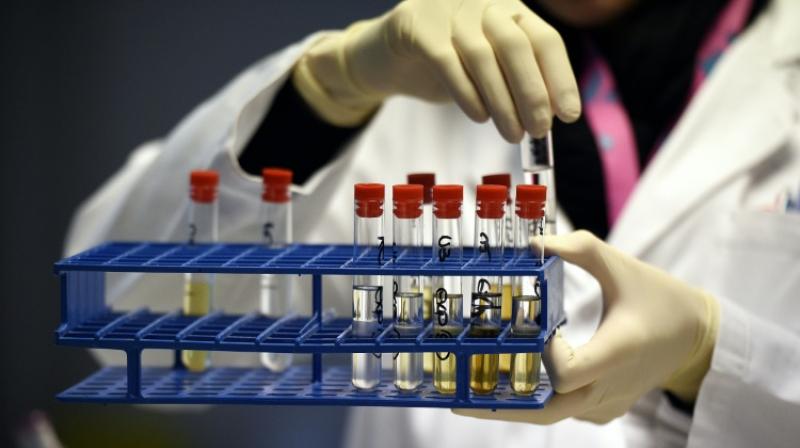 There were no doping tests for the Sri Lankan players during their last Pakistan tour. (Photo: AFP)

Mumbai: Four members of the current Sri Lankan T-20 squad provided their "In-competition" doping test ahead of the T-20I match against Australia.

The tests were conducted before the first T-20I in Adelaide.

In-competition tests refer to doping tests performed in connection with a competition event. Unless otherwise specified in the rules of the international or another relevant anti-doping organisation, this refers to a period starting 12 hours prior to the competition and ending at the end of the competition and the related collection of samples.

According to the highly placed sources in Australia, ICC's few Anti-doping officials made a "surprise visit" at the ground and requested the team physio and trainer (Ajantha Wattegama and Nick Lee) to facilitate the process.

Permission from the team manager (Ashntha de Mel) was obtained and the process was completed within a few minutes.

The results, if adverse, of these tests will be made public within 14-days.

There were no doping tests for the Sri Lankan players during their last Pakistan tour.