Shakib was suspended by the ICC for two years, including one year of 'suspended sentence' for failing to report corrupt approach. 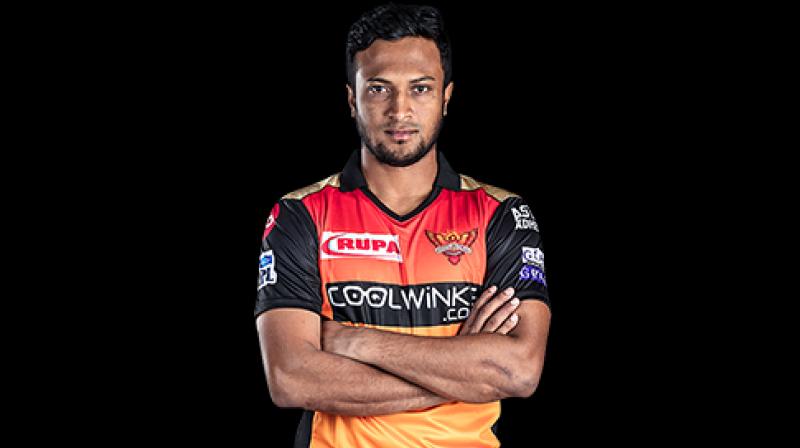 The match referred in ICC's verdict on Shakib was played between his IPL franchise Sunrisers Hyderabad and Kings XI Punjab on April 26, 2018. (Photo: IPL Website)

New Delhi: The BCCI's Anti-Corruption Unit (ACU) head Ajit Singh on Tuesday said that investigations into Shakib Al Hasan's breach of anti-corruption code during a 2018 IPL game was completely handled by the ICC.

Shakib was suspended by the ICC for two years, including one year of "suspended sentence" for failing to report corrupt approach on three separate occasions, including one during 2018 IPL by an alleged Indian bookie Deepak Aggarwal.

The match referred in ICC's verdict on Shakib was played between his IPL franchise Sunrisers Hyderabad and Kings XI Punjab on April 26, 2018. Sunrisers won the game by 13 runs.

"That particular IPL season we are referring to, the anti-corruption matters were handled by the ICC. So the complete investigation was carried out by the ICC. The BCCI has no role in it," Singh, a former DGP of Rajasthan, told PTI.

Asked about the alleged bookie Aggarwal, who is said to have made those corrupt approaches, Singh said: "We provided the necessary inputs from our end but the entire investigation was carried out by the ICC ACU."

"These messages on 26 April 2018 included a number of deleted messages. He (Shakib) confirmed that these deleted messages contained requests from Mr Aggarwal for Inside Information," the ICC stated.