The15-member squad arrived in the national capital a day after one of their greatest players was handed a two-year ban. 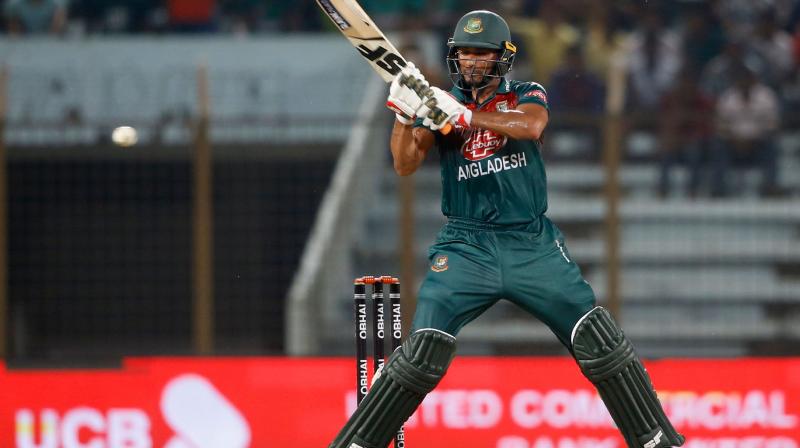 Mahmudullah admitted that it will be a difficult assignment against India. (Photo: AFP)

New Delhi: Controversies chased them like shadows culminating in the suspension of Shakib Al Hasan but Bangladesh's T20 skipper Mahmudullah Riyad said on Wednesday that the top player's absence from the India tour will act more as motivation than a handicap.

The15-member squad arrived in the national capital a day after one of their greatest players was handed a two-year ban (one year suspended sentence) for failing to report three corrupt approaches, including one during the 2018 IPL from an alleged Indian bookie, Deepak Aggarwal.

Bangladesh will be playing three T20 Internationals in New Delhi (November 3), Rajkot (November 7) and Nagpur (November 10) and two Tests in Indore (November 14-18) and Kolkata (November 22-26), which will host the first-ever day-night pink-ball Test between the two nations.

"We have to play with our heart for the country," Mahmudullah was quoted as saying by the ESPN Cricinfo.

"I think this (Shakib's absence) will work as motivation for us. I think there's no greater honour than playing for the country. The responsibility to lead the side lies with me, so I will try to give it my all," said the T20 skipper and a veteran of many battles.

Mahmudullah, however, admitted that it will be a difficult assignment against India.

"The statistics don't lie. It is a tough ask, but it is not impossible. We have to perform as a team, and ensure we take advantage of every opportunity."

In what is a rather young side, Mahmudullah will only have another senior player Mushfiqur Rahim to lean on for help in the absence of Shakib and opener Tamim Iqbal.

"Definitely, I will miss him (Shakib), since we have played together for so long," Mushfiqur said.

The former skipper said that Shakib's absence could also be seen as someone getting injured and being out of action.

"It is tough to play without him as he is the No. 1 player. If someone was injured for a year, which could have been anyone, then it would have been an opening for the younger players. It is a challenge to beat India in their home turf but a challenge also means an opportunity," Rahim said.