Jadhav made it to the squad in 2014, debuting against Sri Lanka replacing an out-of-touch Suresh Raina in Ranchi. 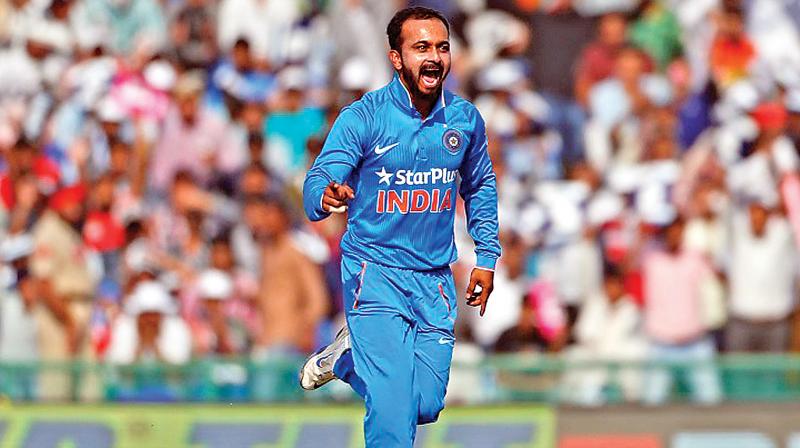 Ranjit Pande, who is the head coach of PYC Hindu Gymkhana where Kedar Jadhav plays in his off season, speaks about Kedar’s chances for the World Cup and recalls a few memories.

Maharashtra’s lower order batsman Kedar Jadhav made his international debut at the age of 29 and quickly rose to the highest level to become an instrumental part of the team. The late-bloomer has cemented his position in the Virat Kohli-led team, offering his services with the bat and sometimes as an off-break bowler to halt healthy partnerships.

Jadhav made it to the squad in 2014, debuting against Sri Lanka replacing an out-of-touch Suresh Raina in Ranchi. Since then, he has become a fixture in the squad.

Whenever he is not on international duty, the Pune lad hits the nets of his local club PYC Hindu Gymkhana. Ranjit Pande, who is the head coach of the PYC team, recalls Kedar’s selfless act to contribute for the team in an inter-club finals of a tournament.

“We were playing Deccan Gymkhana in an inter-club tournament the next day and Kedar had just returned from international duty. He had a severe stomach infection so I thought it was best to allow him an off. But he called me in the night and told me that he wanted to play. On the day of the final, he showed up, which boosted the team’s confidence of course and then played a brilliant knock, scoring 80-odd runs and took three wickets. We won that final,” recollects Pande.

“Whenever he is around, his presence is invaluable for the youngsters at the club. He is a humble guy and steps up for the club whenever he is needed,” further added Pande, who has had short stints for Maharashtra at different levels.

Kedar’s story is a typical rags-to-riches one where his father is a retired clerk at the state electricity board. Last year, in the match against England in his howetown, he cashed in on the moment to impress his parents. The diminutive right-handed batsman partnered with skipper Virat Kohli to lead the team to victory, scoring 120 runs off 76 balls. “We remember the match. Our club has always been proud of Kedar, he never disappoints at home,” says Pande.

Kohli has suggested that all the matches that the team will play will decide the squad for the World Cup, which will begin in 2019 in England and Wales.

Kedar is considered as one of the contenders to remain in the squad as he contributes with the with the ball as well as bat. His slinging action has earned him important wickets in vital matches. Pande asserts that Kedar is the kind of player, who should be part of the team.

“He is invaluable as a finisher. He can strike the ball well and I feel he should be a part of the team that will go to England,” declares the 45-year old.