Shadab Khan wants be an all-rounder for Pakistan

Khan also revealed that he looks up to Australia's batsman Steve Smith. 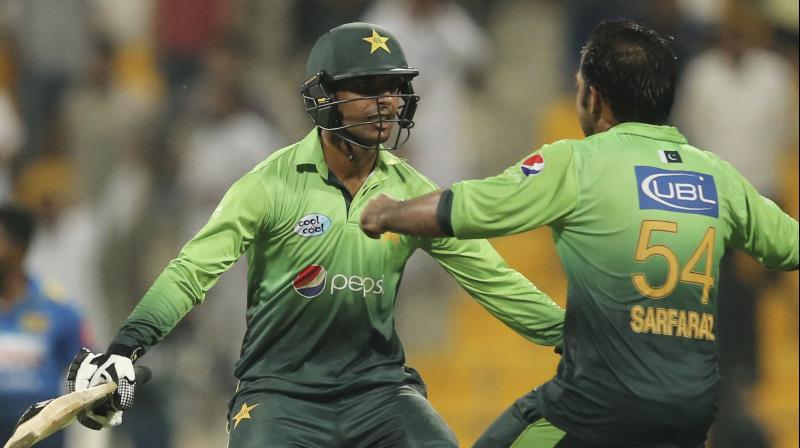 As Pakistan and Sri Lanka get ready to lock horns in the second ODI of the three-match series, spinner Shadab Khan said he wants to become a genuine all-rounder option for the team. (Photo:AP)

Karachi: As Pakistan and Sri Lanka get ready to lock horns in the second ODI of the three-match series, spinner Shadab Khan said he wants to become a genuine all-rounder option for the team.

"I have been working hard on my batting as I want to be an all-rounder for the team. I am looking forward to doing that in the next two matches here in Karachi. I am ready to bat at any position, at any number where my team wants me to bat," International Cricket Council (ICC) quoted Khan as saying.

Khan also revealed that he looks up to Australia's batsman Steve Smith.

Smith had started off as a leg-spinner, but he improved his batting skills to become a world-beater when it comes to scoring runs with the bat.

"I have not really followed any particular all-rounder. But I do follow Steve Smith from the beginning, who has now become a proper batsman. I just want to try giving my best as a batsman, and whenever I get an opportunity, I want to showcase my batting skills and prove that I can bat well and play as an all-rounder," Khan said.

Shadab has represented Pakistan in 78 matches across all formats and he has managed to scalp 112 wickets. In the Men's Cricket World Cup this year, he managed to take nine wickets from seven matches.

He also said that the series against Sri Lanka will be a good spectacle as the Islanders have good youngsters in their ranks.

"I know that I haven't done too well recently. But my role is of an attacking spinner and cricket has changed recently, so I would be happy even if I go with figures of 3/50 in an ODI," Khan said.

"They have something to prove and they will give their best. I know a few of them from my U19 playing days and the A team's tour and I am aware of their strengths. It will be a good series with them," he added.

The first ODI between the two sides was washed out due to rain while the second will be played at the same venue - Karachi's National Stadium.