Arthur has recently spoken about the manner in which PCB's cricket committee recommended his removal after the World Cup. 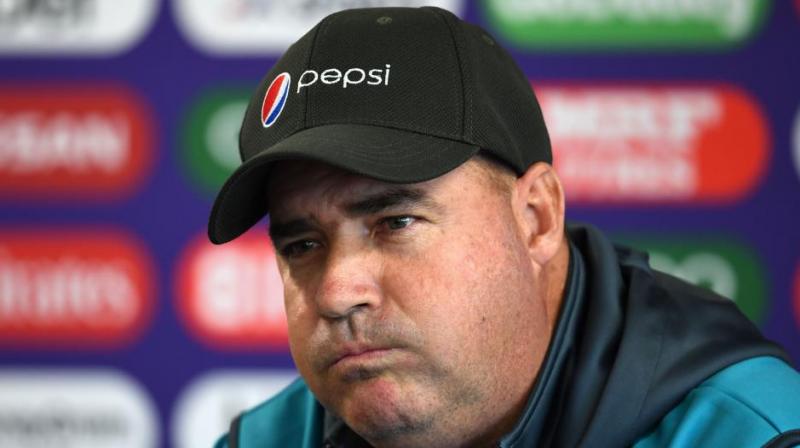 A top official of the Pakistan Cricket Board (PCB) has admitted that removing Mickey Arthur as head coach of the national team was a tough decision to make. (Photo: AFP)

Karachi: A top official of the Pakistan Cricket Board (PCB) has admitted that removing Mickey Arthur as head coach of the national team was a tough decision to make.

Arthur has recently spoken about the manner in which PCB's cricket committee recommended his removal after the World Cup, saying he felt let down by people he trusted most.

PCB's chief executive Wasim Khan said in an interview on Sunday that the cricket committee, which was headed by him and included Wasim Akram and Misbah-ul-Haq, had held a robust meeting and asked a lot of tough questions to Arthur, captain Sarfaraz Ahmed and former chief selector Inzamam-ul-Haq during the post-World Cup inquiry.

"The first question we asked ourselves was were we happy to be number seven in Tests and number six in One-dayers. Are we happy that we have been inconsistent over a long period of time," Khan said.

"In Mickey's defence, he did a lot of good things for Pakistan cricket. But we had to make a tough decision, it's is a new regime, new domestic structure and we needed to be sustainable, have a proper succession plan for our leaders and coaches in Pakistan cricket."

He noted if recommendations are being put forward to the chairman, the cricket committee has to give reasons why they need changes.

"We felt they were a number of areas where we still needed to be better at. We platued a bit whether we could get any better or that was not good enough for us we needed to make a fresh start," he said.

Khan also insisted that the ICC Test Championship is important for Pakistan and that is why it has revamped its red ball domestic cricket.