The five wicket loss to a team with no marquee players did bring a tear to the eye but also a smile knowing that Indian cricket is alive and kicking. 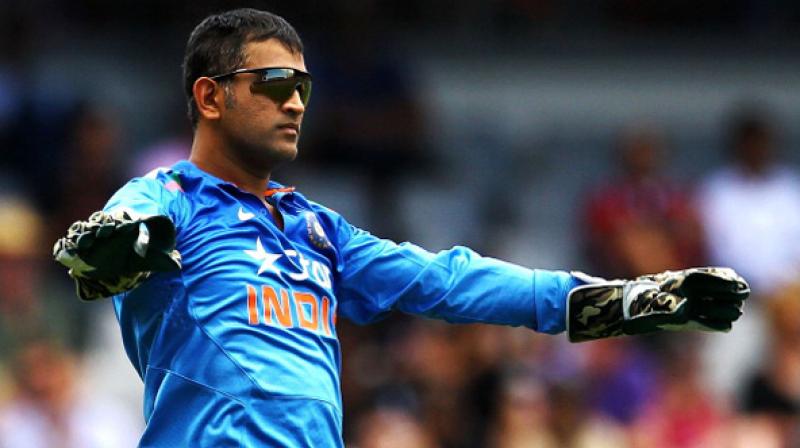 MS Dhoni, the first (in my opinion), to give confidence and a push to the dreams of youngsters from interior areas of the country, proved to be the finest leader of men in the smaller formats of the game. (Photo: AFP)

Mumbai’s loss to Chattisgarh in the Vijay Hazare Trophy two days ago brought about mixed feelings. As a Mumbai supporter, having represented the city in age group tournaments and Bombay (as Mumbai was called) University, the loss was devastating not to say the least. The five wicket loss to a team with no marquee players did bring a tear to the eye but also a smile knowing that Indian cricket is alive and kicking.

There was a time when beating Bombay was considered an impossible task. Stronger opponents like Maharashtra (Bombay’s biggest bug bear), Hyderabad (with the likes of ML Jaisimha, Abbas Ali Baig and Tiger Pataudi in their ranks), Madras (Tamil Nadu) and Rajasthan tried their hardest to dislodge the castle which remained impregnable.

For Bombayites it was a matter of shame to lose to anyone while the opponents just did not have the steel within themselves to beat the 41 times winners of the Ranji Trophy. It took a fabulous effort by the Erapalli Prasanna led Karnataka to stop the Bombay juggernaut of winning a 16th consecutive title in 1974.

Chattisgarh’s win can be attributed to the remarkable work done by the Board of Control for Cricket in India (BCCI) over a few decades of taking cricket deeper into the country. The organisation has its problems and issues which (hopefully) will be resolved by the GenNext (pun intended) of officials that will run it in the future. Credit however has to be given to the earlier generation that spread the game and gave facilities to lesser known states and cities from which newer and hungrier youth are emerging.

For them, today, beating Mumbai, Karnataka, Tamil Nadu and Delhi are peaks they want to scale like ambitious mountaineers that flock to Himalayan base camps each summer. Earlier, a player from smaller states (cricket wise) like Jharkhand, Assam and others had to move to the nearest big city if they had to fulfil their ambition of wearing the India cap. The great Vinoo Mankad had to move to Bombay from Jamnagar (Nawanagar) to find worthy competition that would fuel his inborn talent.

The plethora of domestic tournaments has given Indian cricket a big boost with many teams coming into BCCI’s catchment area. Two decades ago if someone would have envisaged an Indian cricket captain coming from Ranchi, he would have been laughed at. MS Dhoni, the first (in my opinion), to give confidence and a push to the dreams of youngsters from interior areas of the country, proved to be the finest leader of men in the smaller formats of the game.

The talent spotting system that was put in place by the functionaries of the BCCI of yore around the turn of the century unearthed Dhoni and many other cricketers from states that were not known to have produced cricketers. Today when one reads about Amandeep Khare of Chattisgarh, who took his team past the finishing line with his unbeaten 117 runs, one cannot help feeling happy even if the 22-year old scored against the team one roots for.

The BCCI elections are slated for October 23 and the many states are trying their best to complete their own polls so that they can get their nominated representatives in place by October 4, the deadline for attending the BCCI Annual General Meeting. The week has also seen queries about the dreaded term ‘conflict of interest’ which has had the Ethics officer asking Rahul Dravid, Kapil Dev, Anshuman Gaekwad and Shanta Rangaswamy to depose before him.

The ethics officer is following the ‘law’ to the letter and can be excused for playing strictly by the rules. From a ‘spirit of cricket’ perspective, one looks at this ‘law’ differently. Asking these luminaries to explain that they are not, in any way, influencing team selections or anything else is a bit too much. To me, questioning a Kapil, Gaekwad, Rangaswamy and Dravid is not exactly what the spirit of the game is all about. The game was (and still continues to be) a way of life to many of us.

The dictionary defines ethics as ‘moral principles that govern a person’s behaviour or the conducting of an activity’. Casting doubts on the morality and commitment of a Rahul Dravid towards Indian cricket is shameful to say in the least. While one is happy to see a scoreline that reads Chattisgarh beats Mumbai from an Indian cricket viewpoint, cricket romantics like yours truly hope that the new lot of former cricketers and (ahem) nominees will put an end to this so called ‘law’ over ‘spirit’ for the betterment of Indian cricket.

Romance thrives on happy endings more often than not.

Tags: board of control for cricket in india, vijay hazare trophy