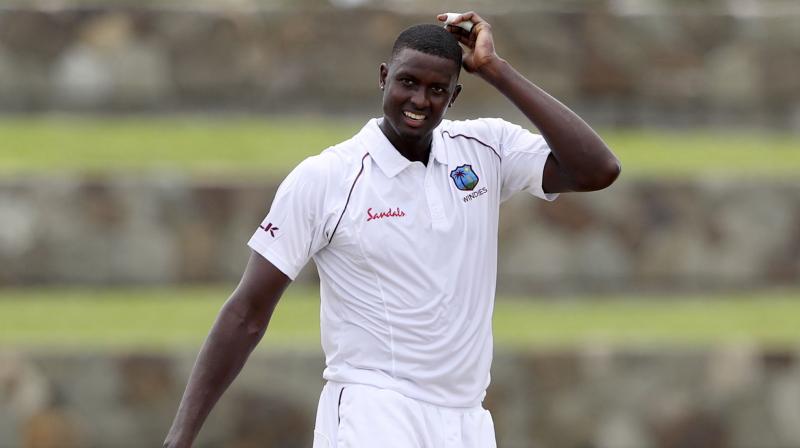 Earlier, India white-washed the Windies in the ODI and T20I series. (Photo: AP)

Kingston: Ahead of the second Test against India, West Indies skipper Jason Holder said pace is the backbone of his team as fast bowlers are doing well.

Despite facing a massive 318 runs defeat at the hands of India in the first Test, Holder hinted the team will stick to the same bowling combination as in a previous game.

He hailed pacers Kemar Roach and Shannon Gabriel for their performance. While Roach scalped five wickets, Gabriel managed to get hold of four. In the last match, the Windies played with four seamers and one spinner.

"Pace is the backbone of our side. We have done well with our seamers. Roach and Gabriel have been outstanding. I have also been supporting the bowling line up. We have relied heavily on our pacers from the last couple of years. Hopefully, we continue to keep our pacers fine and hope we get 20 wickets in this Test match," Holder told reporters.

The team was disappointed with the performance in the last match and will hope to do better in the second Test, he said.

"We are disappointed with our performance in the last game and this an opportunity for us to level the series. We have to perform. Hopefully, we can play really good team cricket," Holder added.

Earlier, India white-washed the Windies in the ODI and T20I series. West Indies will face India in the second Test at Sabina Park here later today.