Taskin last played a Test for Bangladesh in October 2017. 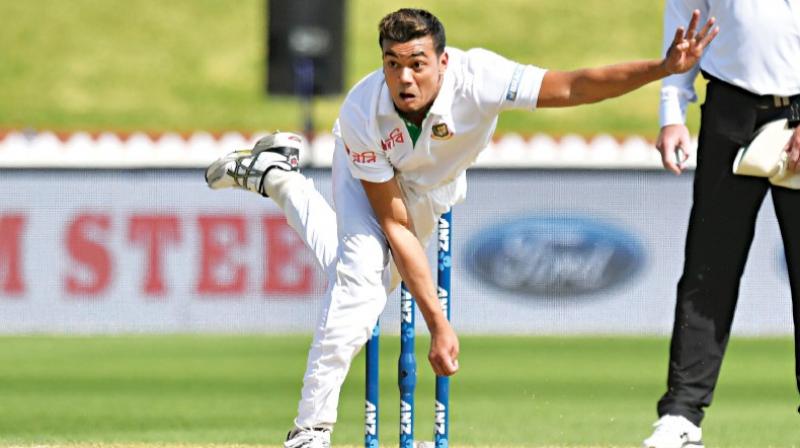 Pacer Taskin Ahmed has been included in the squad whereas Mustafizur Rahman has not named in the team, International Cricket Council (ICC) reported. (Photo:AFP)

Dubai: Bangladesh Cricket Board (BCB) on Friday announced a 15-member squad for the one-off Test match against Afghanistan.

Pacer Taskin Ahmed has been included in the squad whereas Mustafizur Rahman has not named in the team, International Cricket Council (ICC) reported.

Taskin last played a Test for Bangladesh in October 2017. He was initially named in the team's squads for the ODI and Test series against New Zealand earlier this year, but a left-ankle injury had ruled him out of contention.

Opening batsman Tamim Iqbal has also been excluded from the 15-man team.

Shakib-Al-Hasan who missed the series against Sri Lanka earlier this year, has made a return to the team and he would be leading the side against Afghanistan.

Afghanistan and Bangladesh would lock horns in the one-off Test from September 5 in Chittagong.