Chahal and Gowtham were isolated after having come in close contact with Krunal Pandya, who tested positive earlier 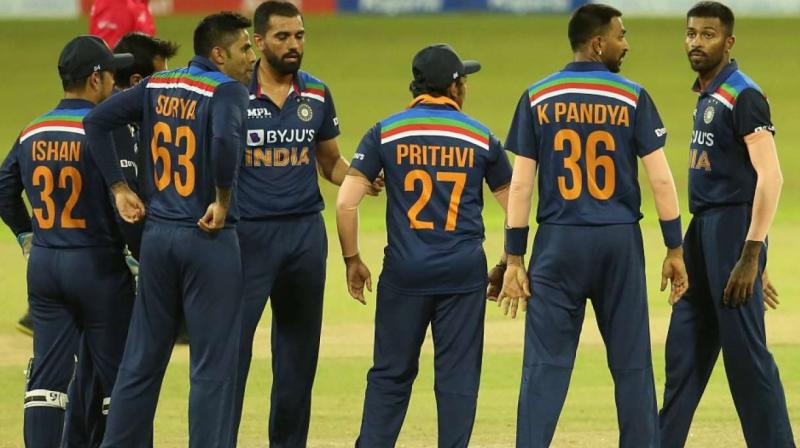 The other members of the team will be leaving for home today. (Image credit: BCCI)

The 31-year-old Yuzvendra Chahal and bowling all-rounder Krishnappa Gowtham of the Indian cricket team have been tested Covid-19 positive. They were tested positive in the last PCR tests done before the team was preparing to leave Sri Lanka, according to well-placed sources close to the team management.

There were nine players including Krunal Pandya having dinner together when they are likely to have come in contact with each other.

Chahal and Gowtham, along with others were immediately isolated once Krunal Pandya was tested positive.

Krunal Pandya has already been shifted to another hotel in Colombo and now Gowtham and Chahal are also being shifted.

Both seem to have mild infection of the coronavirus. Chahal's PCR test result shows 28.5.

At the time of writing this, the other members of the team were preparing to leave for home today while the infected players will be giving few more tests before being sent to India.

It is not known whether they would be flown in another Chartered flight or in a commercial plane.