Shaw's period of suspension is eight months, starting from March 16 to November 15. 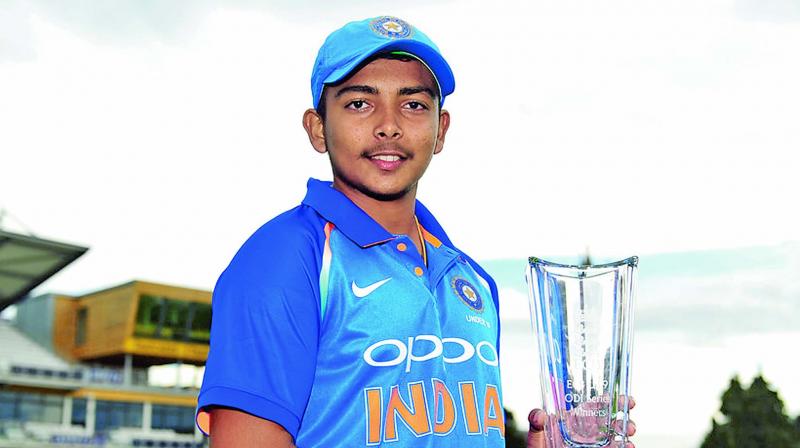 The 19-year-old Shaw, who has played two Test matches against the West Indies in 2018, was reportedly undergoing rehabilitation for a hip injury. (Photo: PTI)

New Delhi: Talented India opener Prithvi Shaw was on Tuesday slapped with an eight-month ban from all forms of competitive cricket for failing a dope test, the BCCI said.

The 19-year-old Shaw, who has played two Test matches against the West Indies in 2018, was reportedly undergoing rehabilitation for a hip injury.

He tested positive for terbutaline during the Syed Mushtaq Ali T20 tournament. Along with Shaw, two other domestic players -- Akshay Dullarwar of Vidarbha and Divya Gajraj of Rjasthan -- have also violated the cricket board's anti-doping code.

"Prithvi Shaw registered with Mumbai Cricket Association, has been suspended for doping violation. Shaw had inadvertently ingested a prohibited substance, which can be commonly found in cough syrups," the BCCI said in a statement.

Shaw's period of suspension is eight months, starting from March 16 to November 15, effectively ruling him out of India's home series against Bangladesh and South Africa.