India lost their opening warm-up match against NZ by six wickets, but they were able to defeat Bangladesh in the second warm-up fixture. 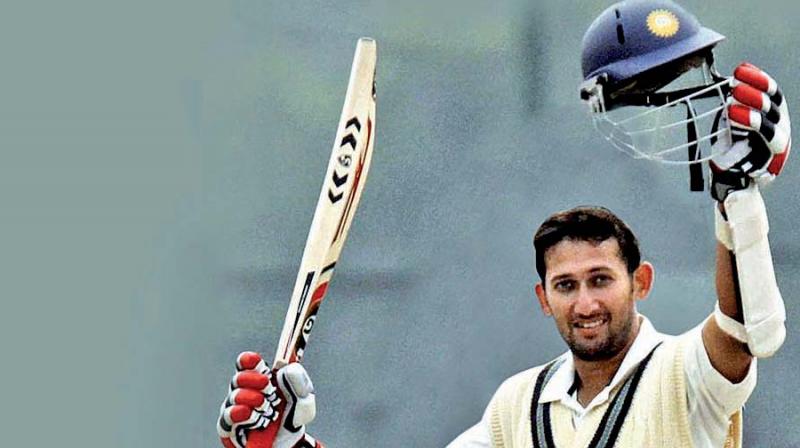 He even lauded Dhoni on his fitness levels and said his intention of playing the big shots in the warm-up matches comes as a very good sign for the Indian team. (Photo: File)

Mumbai: Former Indian bowling all-rounder Ajit Agarkar on Wednesday said that India has a very good chance in the upcoming Cricket World Cup as the team is very balanced.

"India has a good chance in the upcoming World Cup as the team is very balanced. The team has many options, the first aim is to qualify to for the semi-finals and then you just need two good days to win the World Cup. I will be very surprised if India does not do well in the World Cup," Agarkar told reporters.

The Men in Blue lost their opening warm-up match against New Zealand by six wickets, but they were able to defeat Bangladesh in the second warm-up fixture by 95 runs. Agarkar opined that people should not pay much attention to the warm-up matches as the teams look to assess their best possible playing XI.

He even lauded Dhoni on his fitness levels and said his intention of playing the big shots in the warm-up matches comes as a very good sign for the Indian team.

"I think people should not pay much attention to warm-up matches. Each team tries to figure to their best playing XI. Our team has the experience of playing in English conditions, so performance in the warm-up matches should not be of major concern," Agarkar said.

"Dhoni has been one player who has always been fit. His entire game is built on running between the wickets. His intent of hitting the big shots in the warm-up matches and the recently concluded IPL is a very good sign for the Indian team," he added.

Former Indian spinner Murali Karthik said that the biggest concern for the team would be the middle order's performance as the middle order hasn't contributed much as compared to the other teams.

"You want your openers to do well, everyone knows what Kohli is capable of. You will always want your middle order to do well and we haven't got many runs from the middle order as compared to other teams," Karthik told reporters.

Former West Indies player Darren Ganga said that there are not many expectations from the Windies team so they can surprise few people in this World Cup. However, he said he does not see the team from the Carribean as a balanced unit.

"Well, I don't think it's quite balanced. There's strength definitely lies in the batting. Maybe the team lacks versatility in terms of bowling. It will be interesting to see how consistently they bat. They have not been the most consistent team in the past. No great expectations from the side so they can surprise quite a few people in this World Cup," Ganga told reporters.

The 40-year-old Ganga said that he does not see any issues with the Indian team and said it would be interesting to see how the skipper Virat Kohli rallies his team to win the World Cup.

"India has proven itself as a formidable unit. I don't see any issues with their team. They have good options in the bowling. Players like Bhuveshwar Kumar, Yuzvendra Chahal, Kuldeep Yadav have risen to the occasion in the past. It will be interesting to see how Kohli rallies up his side to win the World Cup, I think Kohli is up for the challenge," Ganga said.

Ganga also mentioned the five teams that will battle it out for reaching the semi-finals stages of the World Cup in his opinion.

"India, Australia, New Zealand, West Indies, and England according to me are the five teams that will battle it out to reach the semi-finals stage of the World Cup," Ganga said.

The World Cup is scheduled to be played in England and Wales from May 30 to July 14. The hosts England will take on South Africa in the opening match of the tournament at the Oval on May 30.