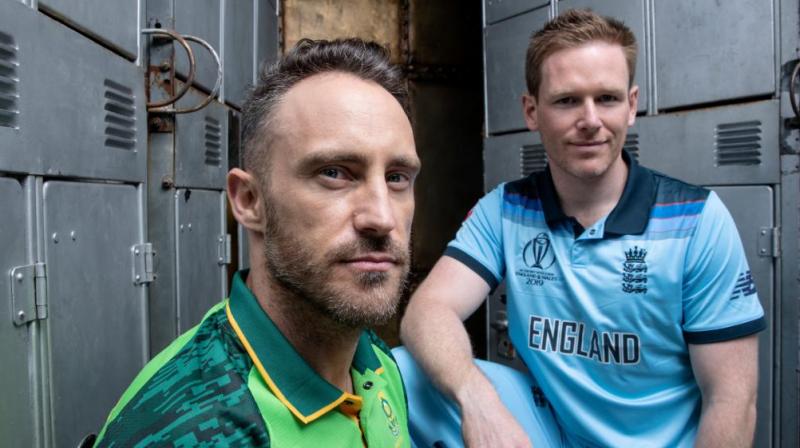 Mumbai: The World Cup 2019 seems the best opportunity for the England team to end their hunt for their first World Cup trophy. The Eoin Morgan-led side has got every base covered to lift the trophy. Since its exit from the 2015 World Cup, England have played cricket at an impressive level which has made unbeatable.

Many cricket experts and legends have termed England as ‘favourites’ to win the ICC Cricket World Cup 2019, and they did kick-start their World Cup preparations by thrashing Pakistan 4-0 in a five-match ODI series, where one match got abandoned due to rain.

Jonny Bairstow, Jos Buttler, Eoin Morgan and Jason Roy have been in sublime form. Especially, the trio of Jos Buttler, Bairstow and Roy are in tremendous form.

Also, the immensely talented Archer, born in Barbados to a British father, only became eligible to play for England in March.

Ever since losing on an abnormal rain rule in the semi-finals of their first World Cup in 1992, the South African players have apparently been cursed in knock-out stages.

They have only won one such match, a quarter-final in 2015 World Cup, but have been defeated in four semi-finals and two quarter-finals, in some cases in situations that have been appalling for their fans.

This year, the Proteas enters the 2019 marquee event with low expectations, having no power blasting all-rounder that made them a force to be reckoned with during the end of the 1990s and at the start 2000s and affected by the retirements of star batsman AB de Villiers and quick pacer Morne Morkel.

Keeping lower expectations will help the team to focus on their performance.

Lowering the expectation will automatically bring out the best. The players will be able to give their best and perform without any added pressure. Besides, the unit can also play according to their natural abilities.

This year’s Proteas squad can surely be termed as one of the underdogs to contest for the biggest cricket trophy, but one important thing for them is not to falter under pressure.

48.5 WICKET! Stokes goes for 89 as Ngidi takes his third wicket.

47.5 WICKET! Rabada takes wicket of Woakes as England moves towards 300.

36.5 WICKET! Morgan departs after scoring 57 as Imran Tahir sets him up for an impressive catch.

32.3: Captain Morgan reaches 50 as England heads towards a mammoth score.

19.1: WICKET! Proteas back in game as Root departs for 51 after Rabada delivery traps Root to give catch to Duminy.

18.4: WICKET! Proteas gets much needed breakup as Andile Phelukwayo traps Roy to set up a catch for De Kock.

18.2: Joe Root and Roy are setting up a platform as he reaches his fifty.

8.2: England reaches 50 after losing one wicket.

0.2: WICKET! Imran Tahir gets Jonny Bairstow for a duck on the second ball of the match.

Toss: South Africa have won the toss and opted to bowl first against England in the World Cup opener.

The match is scheduled to start at 3 pm IST on Thursday. (May 30)

The match will take place at the Oval.