Kukreja said that there are two of his favourite players on the cake, India captain Virat Kohli and MS Dhoni. 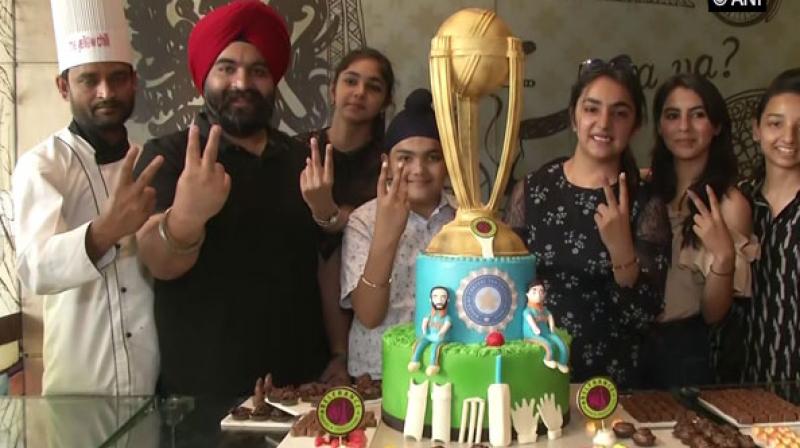 The World Cup-shaped cake also has a Board of Control for Cricket in India (BCCI) logo on it. (Photo: ANI)

Ludhiana: As the ICC Men's Cricket World Cup is approaching, Indian fans are unable to control their emotions and are finding new and interesting ways to cheer the India cricket team. A bakery shop in Ludhiana has come up with a unique way to cheer the team as they made a World Cup-themed cake.

The cake has been made using imported Belgian chocolate and weighs about 20 kg. Also, it took three days to make the cake. The owner of the shop, Harjinder Singh Kukreja, is excited for the upcoming World Cup and wants India to lift the trophy for the third time.

"We are in full mood for celebration and this is not just a cake, it is our prayers that India lift the World Cup again. India team is very strong this time and this is our way of saying 'Chak De India,'" said Kukreja.

The World Cup-shaped cake also has a Board of Control for Cricket in India (BCCI) logo on it.

Kukreja said that there are two of his favourite players on the cake, India captain Virat Kohli and MS Dhoni.

India will open their World Cup campaign against South Africa on June 5.