Sports   Cricket  30 Apr 2020  I get goosebumps every time I turn up for CSK: Imran Tahir
Sports, Cricket

I get goosebumps every time I turn up for CSK: Imran Tahir

The South African says Chennai Super Kings is a special squad with special people, like family 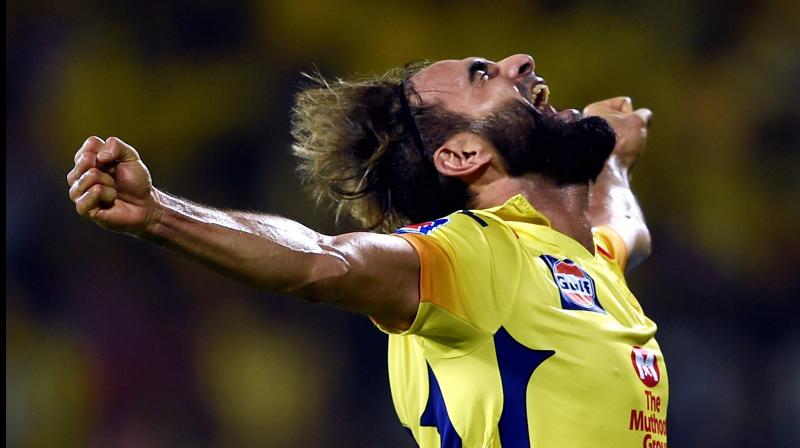 Chennai: Veteran South Africa leg-spinner Imran Tahir said every time he turned up for Chennai Super Kings it gave him goosebumps and the family atmosphere in the IPL team is something which he has never got anywhere else.

"Every game I played for CSK gave me goosebumps, a really special feeling about it...we play so well as a team," he was quoted as saying on the CSK website.

"We just try to play as hard as we can and win as many games as possible for CSK, enjoy each other's success and that's what makes Chennai such a special team," he said about the three-time IPL winners.

Tahir, who joined the Mahendra Singh Dhoni-led team in 2018, said the day he put on the CSK cap was one of the special moments of his life.

"I never knew I was going to be around special people and (be part) of a special squad," he added.

The 41-year old South African, winner of the purple cap (prize for highest wicket-taker in IPL) in 2019 season, said the family atmosphere in the team makes it special.

"It's a family really, and I never really felt that in any other franchise anywhere. It's very special, not just to me but close to my family's heart as well. My son always sings the CSK song when he is at the ground and when I am playing for Chennai.He just loves it," Tahir added.

The veteran leggie also fondly remembered the open-top bus parade in the run-up to the 2018 season, when the franchise returned after a two-year ban from IPL.

"Unreal to see the support the fans gave us. It was amazing, something I'd never witnessed before in my life. Grateful to everyone who supports CSK," he said.