Warner severed a year-long ban from playing international cricket after his involvement in a ball-tampering incident. 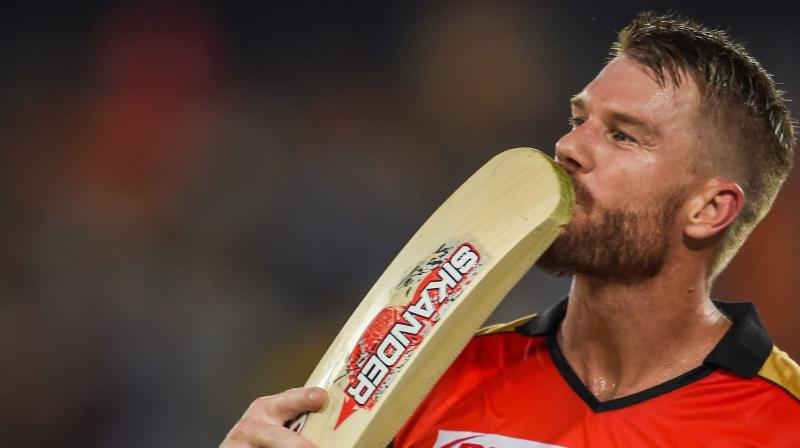 Warner scored 81 off 56 balls in his final appearance against Kings XI Punjab for this season. (Photo: PTI)

Dubai: Australia opener David Warner, the leading run-getter in Indian Premier League, is confident for the ICC Cricket World Cup after signing off from Sunrisers Hyderabad.

Warner scored 81 off 56 balls in his final appearance against Kings XI Punjab for this season. His effort helped his team cross the 200-run mark, which proved the difference and Hyderabad won by 45 runs. With his destructive form, the 32-year-old amassed 692 runs at 69.2 with a strike rate of 143.86.

"It is great to get out there and do your job properly. It comes back to basics, backing your game plan and instincts. I did that and put the team in a good position. It is going back to being still while batting,” ICC quoted Warner, as saying.

Warner severed a year-long ban from playing international cricket after his involvement in a ball-tampering incident. The left-hander has now regained his form ahead of the World Cup as he had an ideal preparation in IPL.

"This World Cup you will see some high scores, playing in England. We are the reigning champions and for us, it is going out there backing our abilities and being our best selves. I am looking forward to it and this (IPL) was a stepping stone to that,” he said.

"I have had time off to work harder at my game. Put the bat down for 16-18 weeks and just worked hard on being the best father and husband that has worked for me. I try and always do that around the team, be the funny man and prankster and try my best to give what is good for the team,” Warner said.