IPL 2018: KKR's Mitchell Starc ruled out due to injury

KKR are scheduled to play their opening match against Royal Challengers Bangalore on April 8. 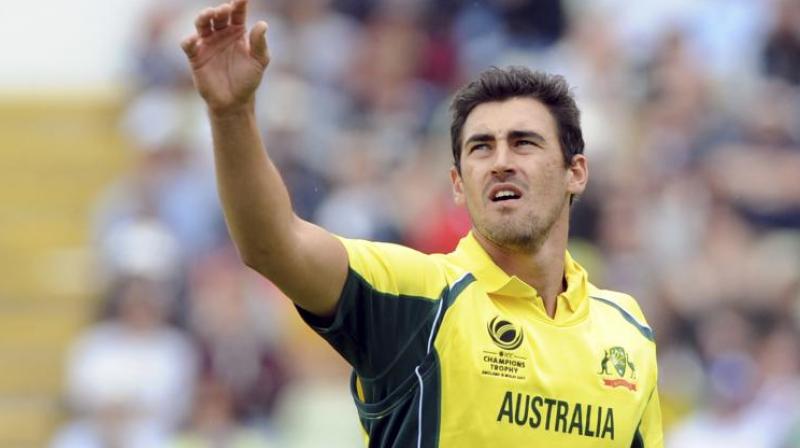 Melbourne: In a major blow to Kolkata Knight Riders (KKR), Australian fast bowler Mitchell Starc has been ruled out of the upcoming 11th edition of the Indian Premier League (IPL) due to a stress fracture in his leg.

The injury will also keep Starc out of Australia's fourth and final Test against South Africa in Johannesburg. He will be replaced by 31-year-old debutant Chadd Sayers in the national squad, cricket.com.au reported.

Confirming the news, Cricket Australia (CA) took to their Twitter handle and wrote that the left-armer has sustained a 'tibial bone stress in his right leg' and that he would now head home after the series for further injury investigation and assessment.

"Mitchell Starc has a 'tibial bone stress in his right leg'. He will return home for further assessment after the Test and will miss the IPL," CA tweeted.

Starc was bought by Kolkata Knight Riders for a whopping Rs 9.4 crores at the IPL Player Auction in Bengaluru in January this year.

The 11th edition of the IPL will start from April 7. KKR are scheduled to play their opening match against Royal Challengers Bangalore on April 8.