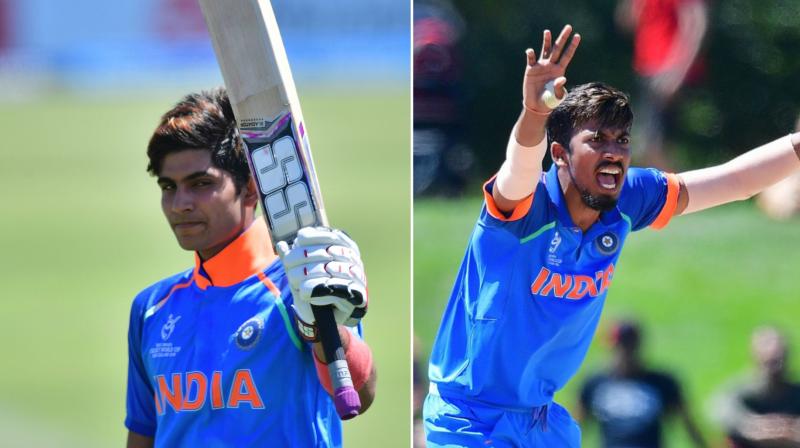 Christchurch: India entered the final of theU-19 cricket World Cup after thrashing arch-rivals Pakistan by a massive 203 runs in the semifinals here today. India will now meet Australia in the summit clash on February 3. Australia had beaten Afghanistan by six wickets in the first semifinals yesterday.

Opting to bat first, India rod on Shubman Gill's 102 not out of 94 balls to pile on 272/9 in their allotted 50 overs and then bowled Pakistan out for a mere 69 in just 29.3 overs. Gill, who was bought by Kolkata Knight Riders for Rs 1.8 crore in the Indian Premier League players' auction, had hit a match-winning 86 in the quarterfinals against Bangladesh. He is the team's leading scorer with 341 runs.

Pakistan were reduced to 20 for 3 in the eighth over with Porel removing their top three batsmen and they could not recover from there under a relentless attack from an Indian pace battery and a spin troika.