Shaw all set for the next challenge: U-19 World Cup

The cricketer has cemented his place as opening batsman for Mumbai this season with three centuries and an avearge of 48.82. 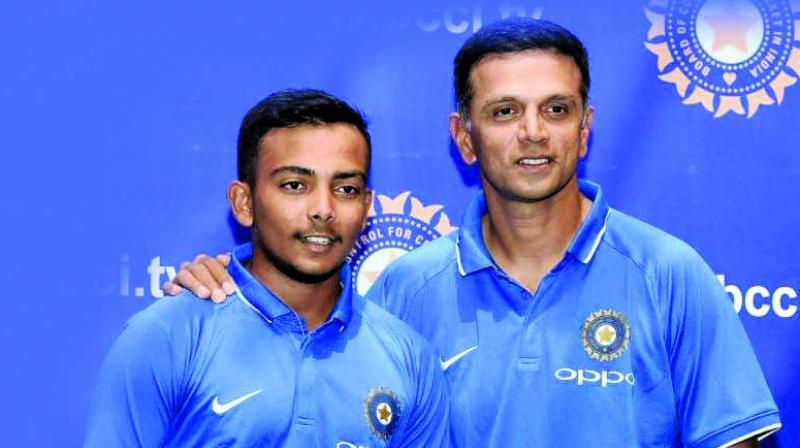 Not very long ago, a diminutive kid from Kalina set foot into the grounds of Rajkot on his debut for Mumbai in the semi-final of the Ranji Trophy in 2016-17 and slammed a ton. The same kid is now leading India’s squad for the Under-19 World Cup. The 18-year old Prithvi Shaw says he is aware of his responsibilities as captain of the team that departed for New Zealand on Thursday.

Shaw cemented his place as the opening batsman for the Mumbai outfit this season averaging 48.82 with three centuries. The youngster is satisfied with the experience prior to the World Cup.

“Ranji Trophy is a great experience for youngsters. I think it will help me a lot in the next season. International cricket will be different because you don’t face the same guys (as in domestic (cricket) in every game,” he said, addressing the media at the pre-departure press conference.

Prithvi captained the colts in their outing to England earlier this year in a series comprising of two tests and five one-dayers.  He led the Indian side in the limited overs emerging as the top scorer of the one-day series. He scored 260-odd runs with the team drubbing the Brits in their own territory. Leading the side again, Shaw knows his responsibilities.

“I think it (World Cup) is a great opportunity for all of us, the hard work that we have been putting in for the last three years will help us well. As a captain, I just want to lead the team properly. All of us know our responsibilities. Many of us have played first class and list A,” said the opener who scored 537 runs this season.

The tournament will start from January 13 in the gusty New Zealand weather. India U-19 will face Australia U-19 on January 14, followed by Papua New Guinea and Zimbabwe in Group B fixtures. Shaw is keen on focusing on the game rather than the opposition. “I think we haven’t given much thought about who will be our opposition in the final or not. The mistakes that we make in one match should not affect us again. We haven’t thought much about the opposition, be it Pakistan or South Africa,” he asserted.

Often termed as the ‘next’ Sachin Tendulkar, right now Shaw would prefer to step into the shoes of Virat Kohli, who lifted the U-19 World Cup nine years ago.