After an anxious wait for a year, he eventually got his maiden India cap against Bangladesh at Dhaka in 2014. 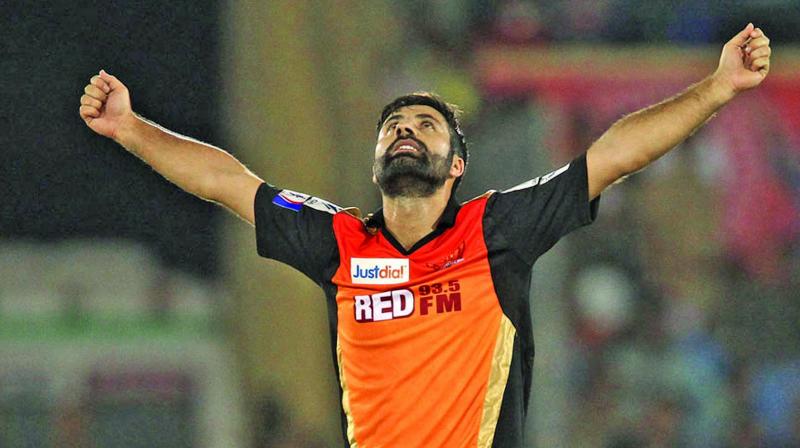 Mumbai: Parvez Rasool has faced everything thrown at him with valour, be it on the field or off it. He broke the ice three and half years ago by becoming the first cricketer from Jammu and Kashmir to be picked in the Indian team, for the Zimbabwe tour under Virat Kohli. However, Rasool couldn’t make it to the XI even though India made a clean sweep in the five-match series.

After an anxious wait for a year, he eventually got his maiden India cap against Bangladesh at Dhaka in 2014. But the J&K cricketer’s stint with the Indian team didn’t last long.

After a stupendous 2016-17 Ranji season in which he has scored 629 runs and taken 38 wickets, Rasool is hoping that his time will come again soon. “I am in good rhythm and also hundred per cent fit to make a comeback. After the last season, I had worked on a few aspects of my bowling and it held me in good stead. I also benefited from NCA’s fitness camp under Anil Kumble,” said Rasool, who represented India Blue in the first ever pink-ball Duleep Trophy tournament.

The BCCI selectors are likely to announce the team for the England ODIs in the first week of January. With a slew of spinners including the likes of R. Ashwin, Jayant Yadav, Axar Patel and Ravindra Jadeja under a fitness cloud, Rasool could be back in reckoning.

“In the Ranji, except for a game in Baroda we played almost all the matches on flat tracks. There was no turn or help from pitch. Taking 38 wickets has boosted my confidence. It’s only natural to expect a long rope to showcase my ability,” said Rasool who took 2/60 in his only international game.