Samson was finally selected in the squad against West Indies after an injury to Shikhar Dhawan. 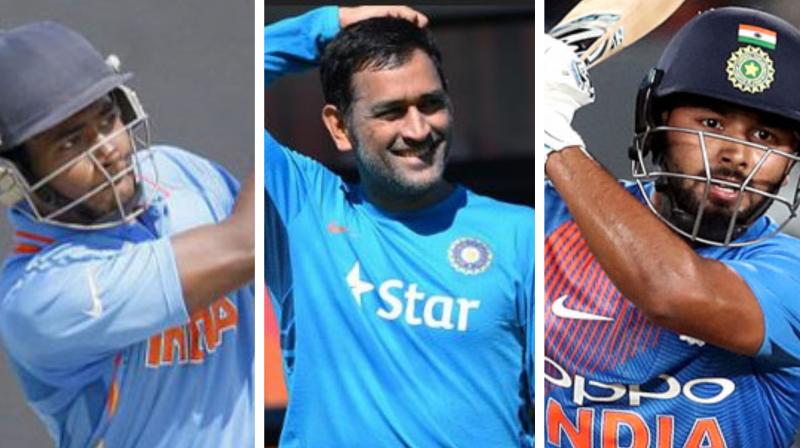 VVS Laxman believes that the upcoming Windies would be vital for Sanju Samson and Rishabh Pant and that MS Dhoni would also be keeping an eye on them. (Photo: AFP)

Mumbai: Ever since Mahendra Singh Dhoni took a sabbatical after India’s ouster from the 2019 ICC World Cup, Rishabh Pant had taken his place as India’s permanent wicketkeeper-batsman in all three formats. But, Pant’s lethargic batting and uneventful form resulted in calls of him being sacked from the squad by fans.

Many names were suggested, but Sanju Samson was the most prominent one. He was finally selected in the squad against West Indies after an injury to Shikhar Dhawan. All eyes will now be upon him and his performance against the Caribbeans.

Former cricketer VVS Laxman believes that the upcoming Windies would be vital for Sanju Samson and Rishabh Pant and that MS Dhoni would also be keeping an eye on them.

Speaking on Star Sports, Laxman said, “I think Dhoni will wait with patience to see the performance of Pant and Samson. Whenever he gets an opportunity and he will take a call after the IPL because the way I am seeing it, Dhoni is preparing himself for the IPL. I’m sure he will do well like he has done whenever he plays and leads CSK.”

Earlier, India head coach Ravi Shastri had expressed his thoughts on MS Dhoni’s retirement rumours. He said, “It all depends on when he starts playing and how he is playing during the IPL. What are the other people doing with the wicket-keeping gloves or what is the form of those players as opposed to Dhoni’s form. The IPL becomes a massive tournament because that could be the last tournament after which more or less your 15 is decided.”

He added, “There might be one player who might be there and thereabouts in case of an injury or whatever. But your team I would say would be known after the IPL. What I would say is rather than speculating of who is where wait for the IPL to get over and then you are in a position to take a call on who is the best 17 in the country.”