The start of play was delayed by a few minutes due to rain and in that time both openers were seen playing the game. 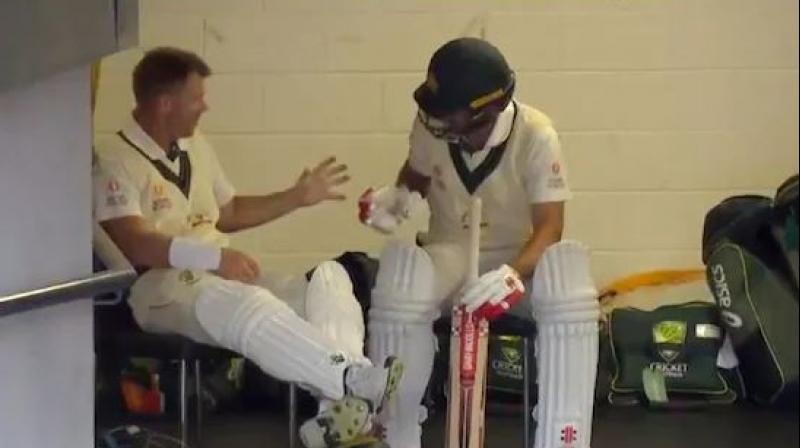 Adelaide: Before the start of play on day one of the day-night Test against Pakistan, Australian openers David Warner and Joe Burns were seen playing rock-paper-scissors in the dressing room on Friday here at the Adelaide Oval.

The start of play was delayed by a few minutes due to rain and in that time both openers were seen playing the game.

Cricket.com.au's official handle tweeted the video of the players from the dressing room and captioned the post as "Good old rock, nothing beats that, #AUSvPAK".

The team from Down Under has a remarkable record in pink-ball Tests as they have won all their five matches which have been played in the day-night format.
Australia defeated Pakistan by an innings and five runs in the opening match of the two-Test series.

Warner played a knock of 154 runs at the Gabba while Burns got 97 runs.

For the second match, Pakistan has made three changes to its playing XI and has brought in Musa Khan, Mohammad Abbas, and Imam-ul-Haq.

Australia is currently in second place in the World Test Championship (WTC) standings with 116 points while Pakistan is yet to open its account.