We have probably turned a corner in T20 cricket: Glenn Maxwell

He also said that the management took a decision to pick specialists for the shortest format of the game. 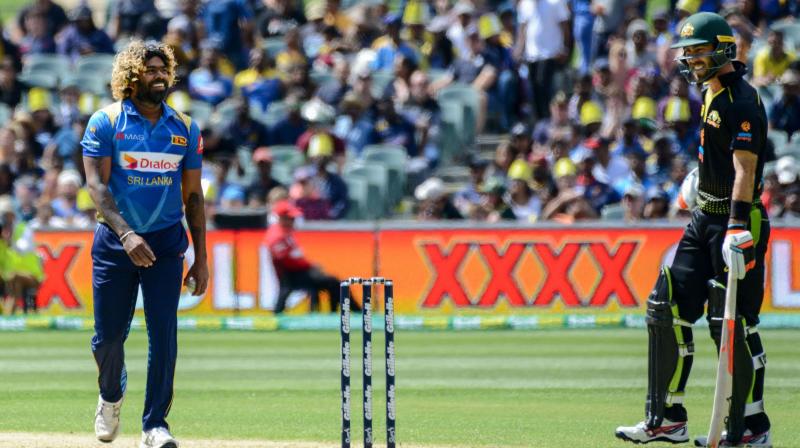 Australian all-rounder Glenn Maxwell feels that his side has probably turned a corner in T20 cricket and as a result, the team has been able to come up with winning performances. (Photo:AFP)

London: Australian all-rounder Glenn Maxwell feels that his side has probably turned a corner in T20 cricket and as a result, the team has been able to come up with winning performances.

He also said that the management took a decision to pick specialists for the shortest format of the game, rather than picking the same guys who play 50-over cricket.

"For the last 18 months to two years, I feel like we've probably turned a corner and results have massively improved. I think that's reflected in the way we have actually started looking at T20 cricket. We have started looking at 'alright, let's start, instead of picking our one-day side and turning it straight into our T20 side, let's pick more specialists for this," ESPNcricinfo quoted Maxwell as saying.

"Now we have actually got specialist roles for T20, which is nice, and I think with that change and mindset, results have changed a little bit for us. I think especially guys nutting out their roles and knowing where they fit into the side is a massive thing," he added.

Since 2018, Australia has maintained a win percentage of 59 in 20-overs cricket, which is higher than their overall win percentage of 52. The results have coincided with the introduction of some Big Bash League (BBL) stars like Ashton Agar, Ashton Turner, D'Arcy Short.

Many players in the Australian setup have the experience of leading their respective BBL teams. Maxwell said that the skipper Aaron Finch needs to be given the freedom to lead the team in the manner he wants.

"You have got to be careful I think, especially with this format. You do not want to have too many voices coming at the captain, because there's so little time as well. You don't want three or four guys going to him at different times with different ideas," Maxwell said.

"You have got to let him have his time to think, talk to the bowler and leave them to it. If he comes to you at a break or at a wicket, you answer him, give him honest whatever, let him deal with it, but only if he asks you," he added.

In the first T20I against Sri Lanka, Maxwell scored 62 runs off just 28 balls and his partnership with David Warner ensured that Australia posts a mammoth score of 233 runs in the allotted twenty overs.

Australia was able to win the first T20I against Sri Lanka by 134 runs and the side will take on the Islanders in the second T20I tomorrow. (ANI)

However, the batsman is still figuring on how to make a comeback in the Test format. He recently had a stint with Lancashire in Division Two of the County Championship.

"I have not even sought out clarity or anything about Test stuff. I am not overly too worried about it because I know I am probably not next in line, so what's the point in thinking about it right now? I've got to be making big hundreds, big scores. And until I even start making some of them, there's no real point in me asking. If you average 30 for the season, there's no point in asking when am I going to play Test cricket for Australia," Maxwell said.