There’s no better coach than Ravi Shastri to guide youngsters

Ravi always enjoyed his time on and off the field. If he partied hard, he played his cricket harder. 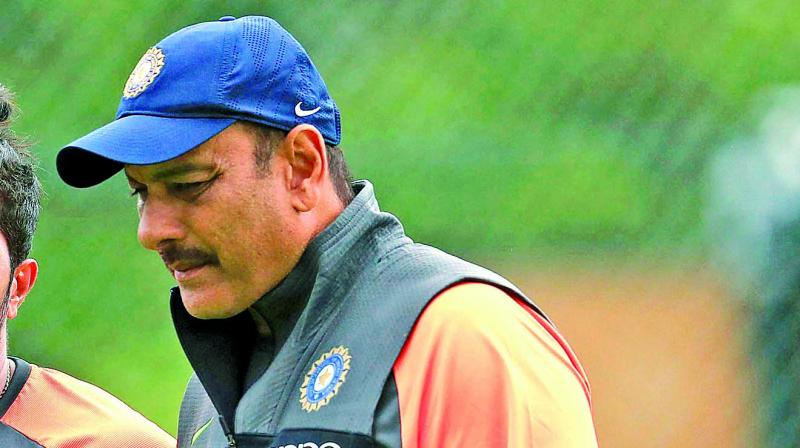 It was towards the end of December of 1992 that I had a chance encounter with some new members of the Indian squad for South Africa. I was taking Mumbai lad, Pravin Amre, and a few of his teammates shopping at Flora Fountain in the heart of Mumbai.

A young lad who had not yet played for the country stumped me with a question. "How is Ravi Shastri as a person?" The query was innocent and asked by a non-Bombayite who seemed awed by the dazzling displays at shops trying to out do one another for the festive season.

He asked me the question as there was a general perception that the Indian all-rounder was aloof and difficult to get along with. Amre had goaded him to ask me since Ravi and I were playing for the same office and club teams then. Having known the current head coach of the Indian team since he played inter-collegiate cricket in the city, my response was honest which was to tell him that with Ravi, you need to play with a straight bat. “You will get what you give” was in essence my answer.

Ravi always enjoyed his time on and off the field. If he partied hard, he played his cricket harder. The moment he wore his flannels and stepped out on the ground, it was a different Ravi. Completely focused on getting the job done. Like most Mumbai cricketers of his age, failure was not part of his vocabulary. Needless to say, he did not care about what people said. He still does not.

When he was dropped from the team touring New Zealand in 1990, Ravi came back to his roots and played domestic cricket. He built his way back up with consistent performances at the club, office and state level. The one season that he shone brilliantly as a leader of young men was in 1992-93. With Bombay’s test cricketers away on national duty, Ravi led a team of young wannabes to win the national championship, beating a resurgent Bengal in the final at Wankhede Stadium.

That season, the scare came in the quarter-final against Karnataka who had scored 406 runs in the first innings. In response, Bombay were struggling at 174 with six top batsmen back in the pavilion. The skipper motivated Sairaj Bahutule, batting at number 8 and stitched a 259-run partnership with the young left hander to get Bombay across the line and qualify for the semi-final against Maharashtra.

That year, Ravi and coach Karsan Ghavri guided five cricketers who went on to don national colours. Having covered the season's semi-final and final matches, one saw how Ravi mentored young greenhorns on the field, leading by example. He took Bombay, which was struggling to win the title for a few years before 1992-93, right back to the top. The lessons he gave from the trenches taught the youngsters that losing was never an option.

Today, when one reads silly messages on the social media and watches memes and pics of Ravi dozing off during a game or enjoying himself while on tour, one cannot help but try and dispel the perception that he is going with the flow of Indian success. Ravi is a self-made cricketer and has taken advantage of all opportunities as they presented themselves. He knows what benefits hard work can give.

When India needed an opener to take on the Pakistan attack led by Imran Khan and Sarfaraz Navaz in 1983, Ravi put his hand up, opened the innings and scored his first Test hundred at Karachi. His 107 runs, coming in at number 3 against the West Indies at Bridgetown, against an attack comprising Curtly Ambrose, Malcolm Marshall, Ian Bishop and Courtney Walsh made him respected among equals. Not too bad for a person who made his debut batting at number 10 against New Zealand in 1981.

Today, thankfully, the selectors have included young talent like Sanju Samson, Shivam Dube in the squad to play the Twenty20 against Bangladesh. There are many youngsters who are trying to find their feet in International cricket in the Test, One Day and T20 teams. Skipper Virat Kohli is having a run of success but has still to mature as a captain as we have seen from his performances in the recent past.

One does believe that for Virat and the young lads under his wing, there can be no one better and more experienced than Ravi Shastri to show them the way forward. Ravi does not care about what people say, their perceptions and comments. His thumb rule is success at all costs and circumstances. He knows that perceptions are not reality and reality can never be a perception.