Pakistan will play three T20Is against Australia followed by a two-match Test series. 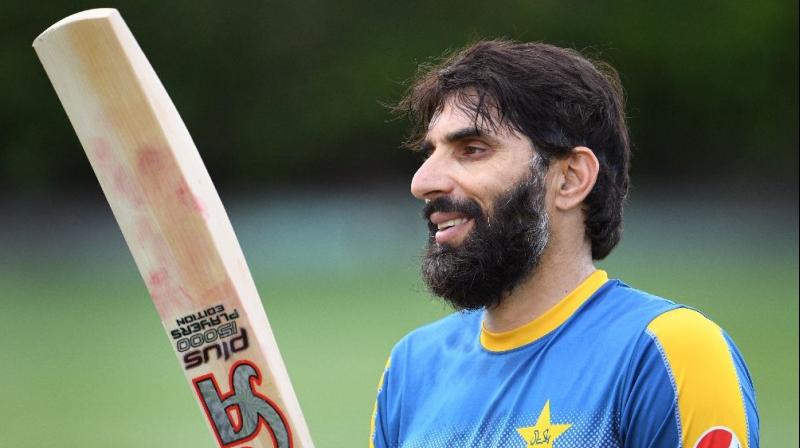 Ahead of the first T20I match, Pakistan head coach Misbah ul Haq has said that conditions in Australia are totally different as compared to other parts of the world. (Photo:AFP)

London: Ahead of the first T20I match, Pakistan head coach Misbah ul Haq has said that conditions in Australia are totally different as compared to other parts of the world.

"The conditions are totally different when you play in all other parts of the world. So you need to adjust to that pace and bounce, especially in the batting unit and obviously when you're bowling because in Asian conditions your biggest strength is your spinners," ESPN Cricinfo quoted Misbah ul Haq as saying.

"You have to bowl slightly differently here. The lengths are different. Even the lines are different for the pacers here. So these are the challenges we are looking at ahead of this series. We want to address those and the kind of talent we have, if we can be disciplined in all departments, I think we can produce good results," he added.

Pakistan will play three T20Is against Australia followed by a two-match Test series. Azhar Ali will lead the team in the longest format of the game while Babar Azam will captain the team in T20Is.

Reflecting on the new skippers, Haq said: "Sometimes it's a challenge for the captains. Azhar has already captained in Australia. He's a bit experienced, he knows, and he's played a lot of Test cricket. Babar is new, and so it will be really important for me to pass on advice. The team also needs to support him and execute plans."

The first T20I between Australia and Pakistan will be played on November 3 at the Sydney Cricket Ground.