The first ODI match between India A and South Africa A will be played on August 29. 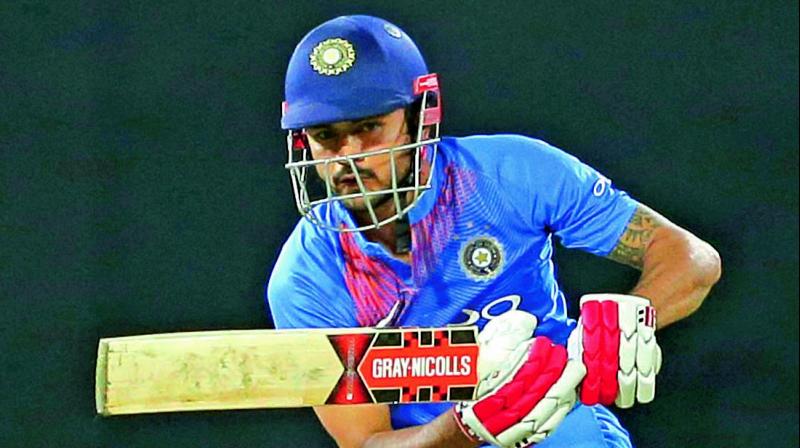 Since the Cricket World Cup 2019, India has been looking for a number four batsman and the search has not yet ended. (Photo: AP)

Thiruvananthapuram: Ahead of the ODI series against South Africa A, India A captain Manish Pandey has said that it is a great platform for the player to enter in the national cricket team.

"It is a very good platform for all of us to perform and make our name permanent in India (cricket team). Great bunch of guys, India A, I think we have been doing really well from the past 3-4 years," Pandey said during a press conference here on Wednesday.

"I think it will be important for us to win the series and get some performances and try to go in the national team," he added.

Since the Cricket World Cup 2019, India has been looking for a number four batsman and the search has not yet ended.

"India is going through a change where they are looking and trying for different batsmen in the middle order. Obviously, I have to be patient and wait for my chances. Whenever I get it, I make sure that I grab them with both of my hands," he said.

The first ODI match between India A and South Africa A will be played on August 29.