'Ambati Rayudu, Ajinkya Rahane would have been in my World Cup squad': Robin Singh 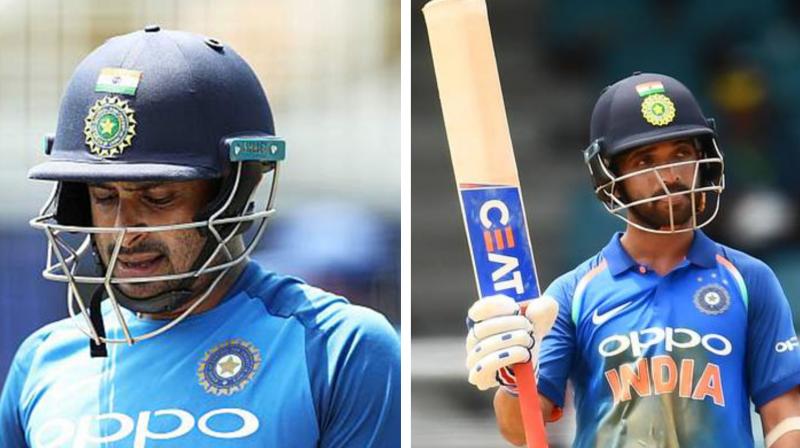 Robin also opined that skipper Kohli could have batted at the No. 4 position than his usual No.3 position. (Photo: AFP)

Mumbai: India's semi-final defeat against New Zealand in the semi-finals of the World Cup has become a topic of hot debate for former cricketers and experts of the game.

“Rahane and Rayudu would have been in my set-up…definitely,” Robin told mid-day. “They have the experience of playing in such [English] conditions. I don’t think it was a good call [to leave them out]. Rahane would have certainly been in my side."

"He would have been my No. 4. He can also bat at No. 5 and is a very good opener as well. He has the skills for English conditions. You need people with good technique and temperament. Anyone can play on a good track, but if the pitch is doing a bit, then you need players with good temperament and skills.”

Robin also opined that skipper Kohli could have batted at the No. 4 position than his usual No.3 position.

“Considering you had lost Dhawan to an injury, the emphasis was largely on Rohit Sharma and Virat Kohli. So, any opposition would have liked to go after them because once you get them out early, the team’s morale would be hit pretty badly. It gives the opposition a serious upper hand in the game. I would have certainly batted Kohli at No. 4 considering Rohit got out early and the ball was moving a bit,” he said.