Aussie says Kuldeep’s inclusion should not come at the expense of Ashwin. 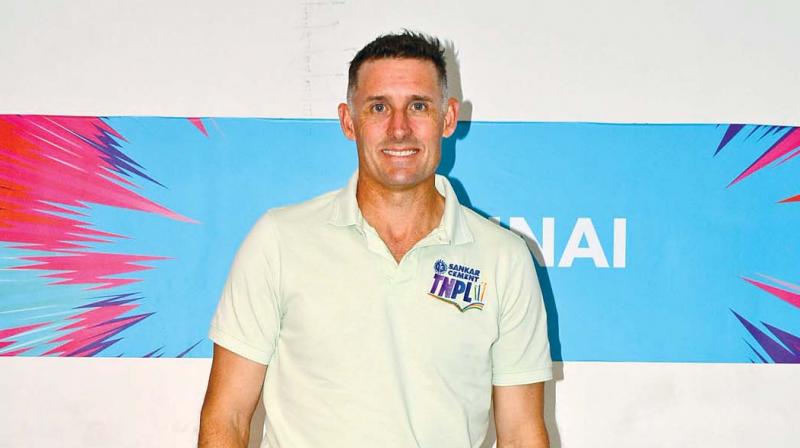 Chennai: It could be a toss-up between R. Ashwin and Kuldeep Yadav if India think tank decides to go with just one spinner for the first Test against England at Edgbaston starting on August 1. Kuldeep has been pushing for a spot after his stellar performance in the limited-overs series. Former Australian batsman Michael Hussey, however, feels Kuldeep’s inclusion should not come at the expense of Ashwin.

“Ashwin deserves his place in the team. He has been a brilliant Test match bowler for a long period of time. He has over 300 test wickets. Off-spinner Nathan Lyon had an excellent series against England’s left-handers. Ashwin can play a big role against left-handers. There is still a plenty of time for Kuldeep as he is young. Let him keep learning along the way, but if there is an injury or an opportunity then am sure he will do a good job for India,” said Hussey, who is here for the Tamil Nadu Premier League.

Hussey, the current batting coach of Chennai Super Kings, said India have a great chance to win the series. “I think they have got a good team. A lot of their players have been in England for a while now. And that’s part of the battle. Getting used to the English conditions, duke ball and and pitches.. all these take time. The other advantage for India is the timing of the series which is happening in the latter part of the summer. Pitches generally are a bit flatter and perhaps the spinners might come into play a bit more. It might play into the hands of India as well. It’s going to be a good series. If India can make some big scores, that will put some pressure on England,” added Hussey.

The 43-year-old Aussie said Virat Kohli would be determined to prove himself in England after a dismal show four years ago. “I am sure Virat would have learnt from the experience. It’s going to be important how he starts. Once he gets his confidence, he is hard to stop. It’s just shame he picked up that injury and couldn’t go early to play county. It would have helped him a lot,” he said.

England pacers Stuart Broad and James Anderson might be at the fag end of their careers, but Hussey cautioned Indian batsmen not to underestimate the veteran duo. “Underestimate them at your own peril. They have been champion bowlers for a long time. Never ever write off champion players,” he added.

As someone who has spent a lot of time with M.S. Dhoni in Chennai Super Kings, Hussey said the former India captain doesn’t take much help from coaches. “He lives for the moment and plays each game as it comes. And there is not much help he needs from a coach as he knows his game well. So I just try to observe as much as I can. If there is something different that I see and he wants me to bring it forward to him. More often than not, he likes to have a one-on-one chat. He doesn’t like the team meetings too much and he likes to be left to his own devices and just prepare his way,” he added.