India 'A' will play tri-series and two four day games against host. 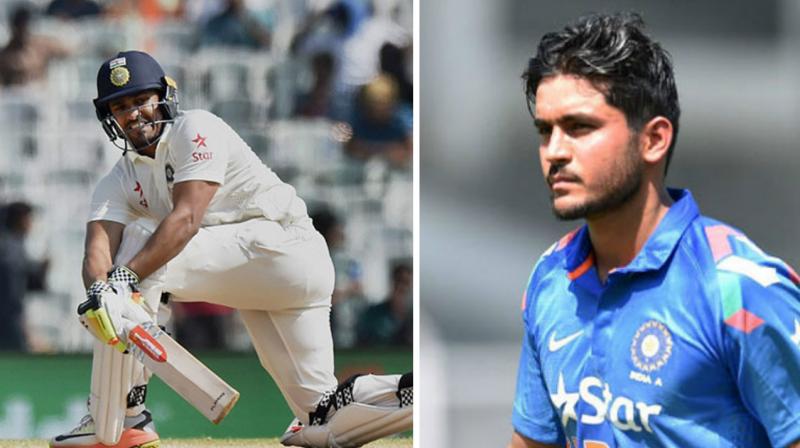 Karun Nair and Manish Pandey lead India 'A' teams will play a one-day tri-series involving Australia 'A' and South Africa 'A' followed by two four-day matches against the hosts. (Photo: AP/ PTI)

New Delhi: Manish Pandey and Karun Nair have been named as skippers for the respective One-day and Test India 'A' teams for their upcoming tour of South Africa.

India 'A' will play a one-day tri-series involving Australia 'A' and South Africa 'A' followed by two four-day matches against the hosts.

India 'A' will play its first match of the tri-series against Australia 'A' on July 26. The tri-series will end on August 8.