Having missed Australia's ODI tour of England last year, the 27-year-old played for Brentwood in league cricket in Essex. 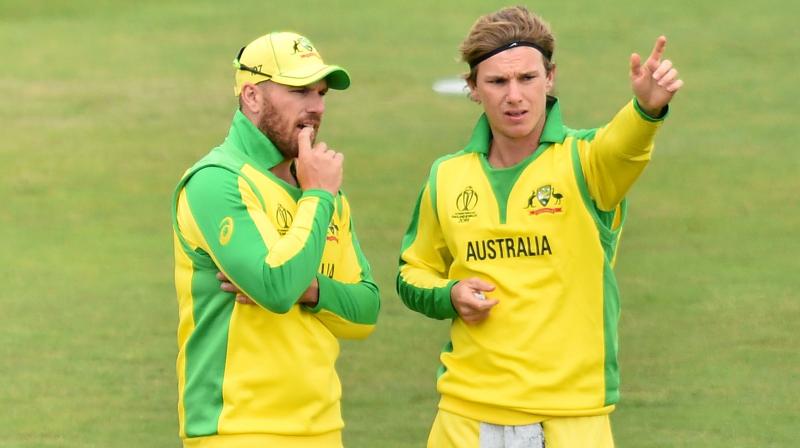 Australia will open its campaign against Afghanistan on June 1 at Bristol County Ground. (Photo: AFP)

Melbourne: Adam Zampa is considered to be one of Australia's most destructive players in the ICC Men's Cricket World Cup. But, the leg-spinner on Wednesday admitted had teammate Glenn Maxwell not given feedback, he would not be in the United Kingdom for the 50-over tournament.

Zampa became the leading wicket-taker in the One-Day cricket in 2016. However, he was displaced when he spent the next 18 months in and out of the Australian team.

"I was the leading wicket-taker in the world in the first year of my career. As a young guy, you can probably take it for granted a little bit and think the way you're doing things is the way to go and if you keep doing things this way, it's going to turn around," cricket.com.au quoted Zampa, as saying.

"I found that it's not the way it works, unfortunately. I was disappointed when I was out of the thinking, but it actually was really good for me," he added.

Having missed Australia's ODI tour of England last year, the 27-year-old played for Brentwood in league cricket in Essex.

Zampa was recalled in the Australia ODI squad. However, he faced self-doubts during Australia's ODI tour of India earlier this year. The Aaron Finch-led side came from behind and defeated the Virat Kohli-led side to clinch the series with a 3-2 margin.

The leg-spinner credited national teammate and Melbourne Stars captain Maxwell to bring back his potential as Maxwell had closely observed Zampa's skills in the Big Bash League (BBL).

"Bowling to someone like Virat (Kohli) and he's hitting the ball in all areas - you definitely feel like you're under pressure. I actually didn't feel like I was at my best for the first three games," Zampa said.

"It was Maxi (Maxwell) who had a word to me and said, 'good on you for getting wickets, but you're probably not at your best. What have you changed from the Big Bash?' It was just preparation and a few things where I was just overcomplicating it. I simplified it, so that's what I'm really focusing on (now)," he added.

Zampa returned with 11 wickets behind Pat Cummins' 14 wickets in the five-match ODI series against India.

World Cup is set to run from May 30 to July 14 in the UK. Australia will open its campaign against Afghanistan on June 1 at Bristol County Ground.