Will the home team England defy the folklore about the unlucky dressing room in World Cup finals at cricket’s mecca? 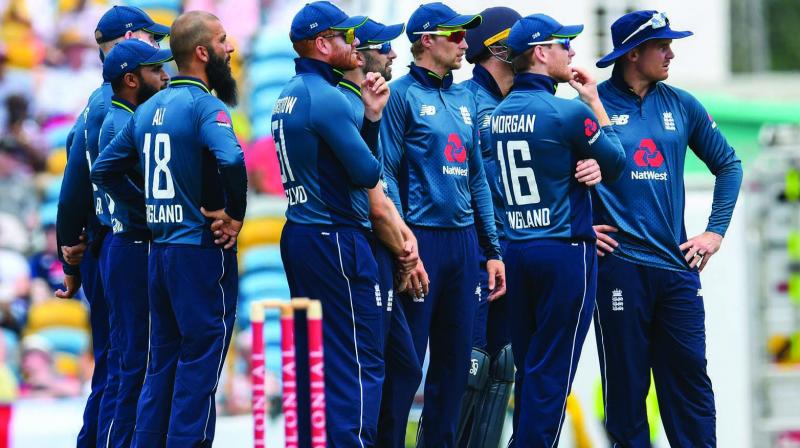 England are being fancied by critics and fans alike and Team India are thought of as their biggest threat.

The bookmakers have made their World Cup favourites known. They have made England (2-1), India (3-1) and Australia (4-1) as the hot three fancied for the cup. The others somewhat fancied at higher odds are South Africa (9-1) and New Zealand (9-1), with other contenders including former winners Pakistan (18-1) and Sri Lanka (66-1) at higher odds for the event that begins on Thursday (May 30).

Bookmakers go by the weight of money after factoring in current form. But do they take superstitions into account? Perhaps not. For instance, they may not know that there is a jinx about the home dressing room at the historic Lord’s cricket ground. None of the teams that occupied the home dressing room went on to win a World Cup at Lord’s.

Besides the Lord’s jinx that might be hanging most over the first favourite England as it might automatically qualify to take the home dressing room if it qualifies to the final there are astrological predictions to take into account. A leading Indian astrologer has been quoted as saying that India, hot second favourite, won’t win the World Cup as the stars are not favourable to the captain Virat Kohli and his men in Blue.

The home dressing room may have gone to Australia in 1975 as a courtesy to England’s closest ally since the days of the formation of the Imperial Cricket Conference, now simply ICC with International replacing Imperial. The West Indies squeaked through by 17 runs in a thrilling final when they were fancied to win the Cup as they seemed more suited to limited-overs cricket in its early days.

The home dressing room was England’s as Mike Brearley’s team qualified for the 1979 final and they were thrashed by the West Indies who were odds-on for the title. Four years later, India turned the cricket world upside down in the biggest upset in modern cricket. In 1983, they were allotted the away dressing room by the MCC which offered the home dressing room to the two-time champion as a courtesy.

Word had spread about this like an urban legend over the years since 1983 and the shrewd Australian skipper Steve Waugh asked for a toss for the privilege of choosing the dressing room. An unprecedented situation had arisen and the administration responded with a sproting decision to go for a spin of the coin for the sake of fair play.   A toss was held on the Saturday before the final in 1999 and Waugh’s Australians won the right to occupy the away dressing room while the Pakistanis got the home dressing room.

The interesting question now is if England, considered the team with the best chances to qualify for the final, will take the home dressing room or will it fall back on the precedent set 20 years ago when a toss was made. This will be a huge decision to take as the home dressing room has been England’s since time immemorial, or at least since Thomas Lord moved his cricket ground in its present location on St. John’s Wood Road in 1814.

The question of good luck or jinx may have been built up over the 44 years since the first men’s World Cup was held in 1975. Four occasions in that time might seem too small a statistical occurrence to prove anything but cricket superstitions build up on their own momentum and barely present themselves to scientific checks.

The question of the jinx looms large now because England, thrice finalist in 1979, 1987 and 1992 could not get the breakthrough, neither at Lord’s nor at the Eden Gardens and the MCG.  They appear to have put the best team together since 1992 when their XI was hailed as their best ODI combination in history with match winners like Gooch, Botham, Stewart, Hick and Lamb.

England come to the World Cup with phenomenal current form with their batsmen getting into the record books with big totals and a very high win percentage in their last 20 ODIs. England are being fancied by critics and fans alike and Team India are thought of as their biggest threat. With nine league games each for all 10 teams there is a long way to go. But the threat of the jinx over the dressing room still remains.

As you walk into the famous Lord’s pavilion, there is a broad double staircase leading to the first floor with the stairs on the right taking you to the home dressing room and those on the left to the away team’s ‘hutch’. It would be interesting to know by July 14 which team will be where in what could be the most prestigious World Cup for quite a while now and a prize of $4 million awaiting the winner and $2 million for the runner-up from the total prize money pot $10 million.

To win the competition (best prices with UK bookmakers)