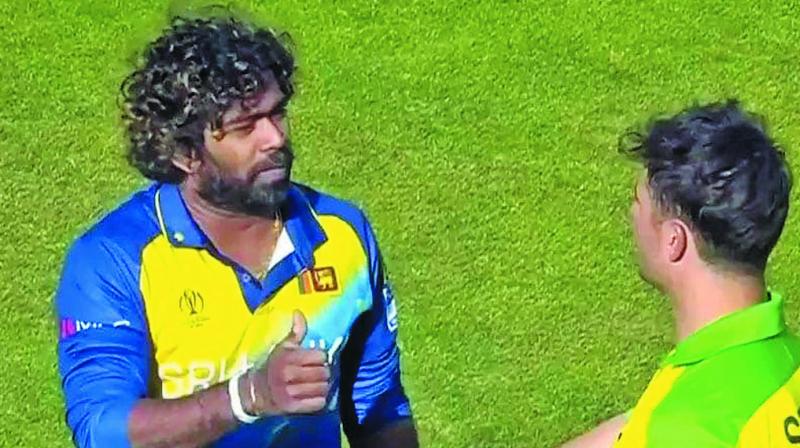 Australia humbled Sri Lanka by five wickets, chasing a 240-run target. It was a sight to watch as Malinga and Stoinis engaged themselves in a conversation during which the Lankan 'toe-crusher’ demonstrated the slow ball execution.

It prompted the official cricket World Cup twitter handle to post a video of Malinga giving ‘slow ball’ secrets. “Even after a heavy defeat, Lasith Malinga stuck around to teach Marcus Stoinis the secrets of his slower ball#SpiritOfCricket #CWC19,” the tweet read.

“Stoinis asked me something about how I bowl the slower ball…variation is very important in the short format game. I want to give all the tips because I want to help whoever wants to know,” said Malinga.

“I’ll give the tricks about how to bowl the slower ball and which situations to use them. I’m really happy to work with him,” he added.

Asked if Stoinis will be seen bowling slower ones during the World Cup? “I expect him to bowl the dipping slower ball.”