Both the teams are equipped with world-class batsmen and bowlers, and it is certainly going to be a delight to watch the World Cup opener. 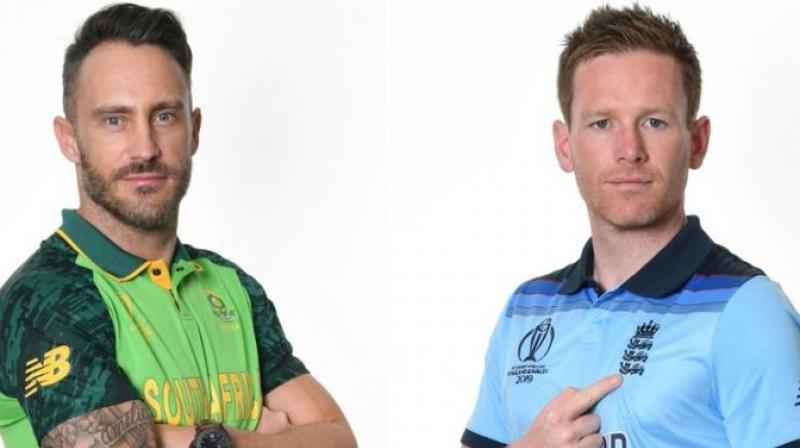 The Proteas will be hoping to pull off their chokers’ tag and initiate their march towards the trophy on a winning note. (Photo: Cricket World Cup Official Website)

Mumbai: Hosts England are set to open their World Cup 2019 campaign against South Africa on May 30 at Kennington Oval. Co-hosts England would be looking to capitalize on the sublime form of their batsmen. England is regarded as one of the favourites to win the mega-event, and they have already showcased their calibre against Pakistan in the recent ODI series.

On the other hand, the Proteas will be hoping to pull off their chokers’ tag and initiate their march towards the trophy on a winning note. Both the teams are equipped with world-class batsmen and bowlers, and it is certainly going to be a delight to watch the World Cup opener.

Before the start of the tournament, check out these tips to choose your Dream11 team for England vs. South Africa match.

The English batsmen will be a prominent part of the Dream11 team due to their astonishing run of form against Pakistan. Jason Roy, Joe Root, Jos Buttler and Jonny Bairstow are expected to serve the role of ‘game-changers’ for the English side.

Chris Woakes has also shown his worth by scalping five wickets in the last ODI match against Pakistan. Also, Jofra Archer is expected to steal the limelight. The 24-year-old would be leading the bowling department, due to his ability to bowl at  90kmph.

South Africa would be relying on their bowlers to do the job for them. Kagiso Rabada, Imran Tahir and Lungi Ngidi would be the key players for the Proteas. Faf du Plessis is expected to lead the batting department. The 34-year-old would hope to replicate his IPL performance.

Quinton de Kock also has proved his worth in IPL while playing for Mumbai Indians. He managed to gather 529 runs in 16 matches at an average of 35.26.